‘No One in the World is Safe’: More Major Quakes Expected Any Day Now

After an earthquake killed hundreds in Italy earlier this week, experts warn that an even worse disaster is imminent, as the planet is overdue for high-magnitude earthquakes along Earth’s largest fault lines. 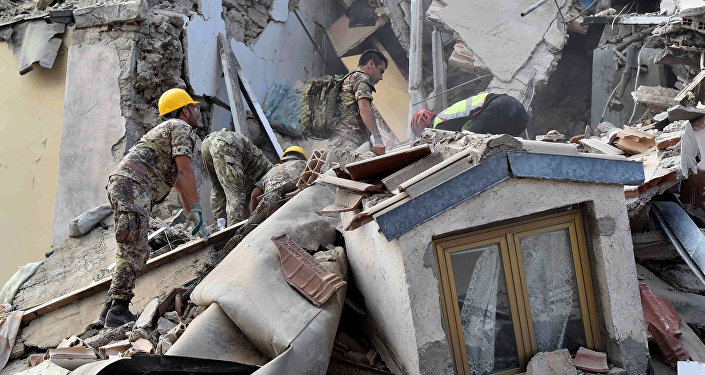 © REUTERS / Emiliano Grillotti
Italian Government Declares State of Emergency in Earthquake-Hit Regions
UTS Geotechnical and Earthquake Engineering senior lecturer Dr Behzad Fatahi warned on Friday that “no one in the world is safe,” and that the question isn’t “if” they will occur, but “when.”

“There are alot of magnitude 6-plus earthquakes overdue in the Middle East, India, China, Japan and the US,” Fatahi told news.com.au. “There are some fault lines that have not released their energy for a while.”

If a fault line, represented by two tectonic plates moving at different speeds and in different directions relative to each other, does not release energy, pressure continues to build, and the longer they go without releasing, the more powerful it will be when they finally do.

In the United States, scientists warn that California, Alaska, and Hawaii are at the greatest risk. In 2008, the US Geological Survey warned that an earthquake of a 7.8 magnitude or greater could result in over 1,800 deaths, at least 50,000 injuries, and cause some $200 billion in damage. The federal agency also warned that sewer systems could be taken out of service for up to six months.

Joining Brian Becker on Radio Sputnik’s Loud & Clear, Mark Benthien, director for communication, education and outreach for the Southern California Earthquake Center (SCEC), warned that the potential for an earthquake “much larger” than the recent temblor in Italy is high.

“We could have a larger earthquake, a much larger earthquake, than what happened in Italy, on [California’s] San Andreas fault, or any of the other hundreds of faults in California, really at any time. It’s just the reality of living on a plate boundary of the Earth’s crust,” Benthien explained.

“Pressure is building up and eventually it’s going to slip, like snapping your fingers, and release that pressure,” he said. 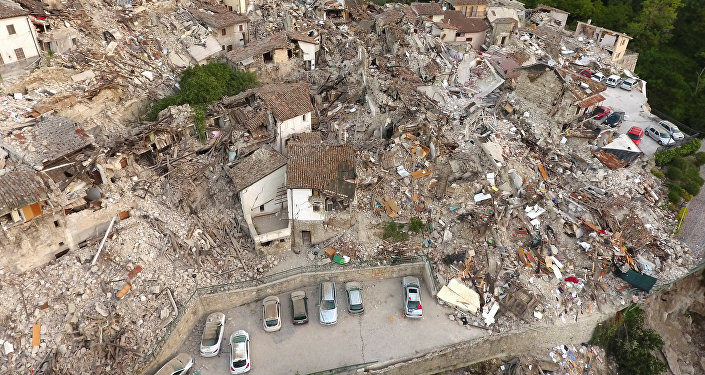 © REUTERS / Stefano De Nicolo
Italian PM Declares Aug 27 National Day of Mourning for Earthquake Victims
Benthien explained that an earthquake along any one of the large California faults will likely cover a much larger area than that in Italy, and will shake more intensely for a longer period of time. He predicted that strong shaking could last up to two minutes.

On a positive note he explained that, unlike in Italy, which has many very old and even ancient buildings, structures in California are much newer, and most are built with earthquakes in mind. Due to this, he opined that a lower number of fatalities could be expected.

In Diablo Canyon, on the central Pacific coast of California, there is a nuclear reactor still in use, which could lead to a disaster on the scale of Fukushima.

It is impossible to accurately predict an earthquake, and be able to prepare.

“Usually with earthquakes you can only measure them around one minute before they happen, as the activity happens kilometers below ground,” Fatahi said.