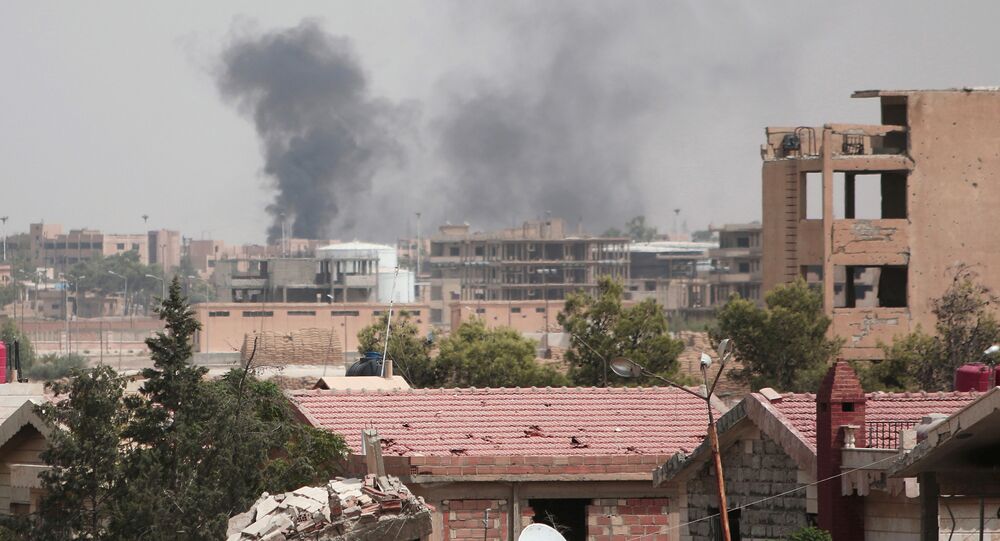 Russian Foreign Minister Sergei Lavrov and US State Secretary John Kerry may meet for talks in Geneva later this week with the goal of setting up some sort of intelligence sharing agreement in order to coordinate strikes against Daesh; however Pentagon says it has no Plan B in case the talks fail.

© REUTERS / Maxim Zmeyev
UN Syria Envoy Planning to Meet Lavrov, Kerry in Geneva August 26-27
Sergei Lavrov and John Kerry might meet for talks in Geneva on August 26-27. However the meeting has not yet been confirmed by either of the parties.

Meanwhile, Pentagon Press Secretary Peter Cook said at his press briefing on Monday that the US Department of Defense has no Plan B in case the negotiations fail and “continues to focus on Plan A.”

Neither is it going to “put a calendar deadline on it", the press secretary added.

Cook however said that the US has “not finalized plans with Russia on potential coordinated efforts.”

“Serious issues must first be resolved before we can implement the steps Secretary Kerry and Minister Lavrov discussed in Moscow last month. We are not there yet and the regime and Russia's recent actions only make it harder to consider any potential coordination.”

The Pentagon also reiterated the US warnings to the Syrian and Russian jets to keep away from American positions in Syria in the wake of Syrian Air Force sortie to the Syrian city of Hasakah. Despite the warning that the US could open fire, Syrian jets risked confrontation by flying a bombing sortie over this area.

When asked about the difference between the above warning and the introduction of a no-fly zone, the press secretary said that “the distinction here is that we're going to defend our forces where they are.”

© AP Photo / Saudi Press Agency
US Commander Warns Moscow, Damascus Against Operations Near American Positions
“And we're not going to tell you exactly where they are, but we have been operating in that area in particular. We made that clear to the Syrian regime last week, through our — the Russians, through our memorandum of understanding.”

He repeated that the US is going to provide air cover and air support to “their forces” on the ground wherever they may be.

However the press secretary avoided answering the question whether “the Syrian regime has the right to fly over its territory".

Russia-US Military Expert Talks on Syria Kick Off in Geneva