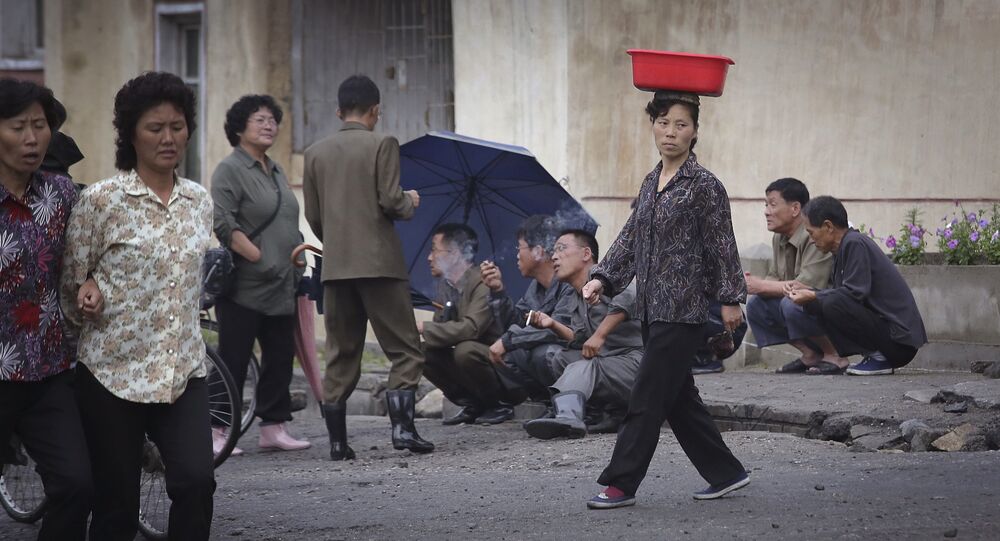 The US has turned to other nations in an attempt to intensify economic pressure on Pyongyang, asking them to cut down on their employment of North Korean workers.

© AP Photo / Ahn Young-joon
North Korea Capable of Attacking US Naval Base in Yokosuka, Japan
A US official told reporters Thursday, on condition of anonymity, that the administration of President Barack Obama has requested several countries to scale down the use of North Korean workers, so as to reduce foreign currency flow into the reclusive state.

The official did not say when that request was made, and what countries were approached, but noted that the US did not ask Russia and China for cooperation on the matter.

The unnamed official added that US authorities took into consideration the potential effect on ordinary workers from the northern state, stressing that there was no intention to completely eliminate North Korean labor.

© REUTERS / KCNA
North Korea is 'Proud' US Feels Threatened By Its Nuclear Weapons
According to a 2015 UN report, over 50,000 North Koreans are working abroad, enriching their home country with the equivalent of some $1.2 billion to $2.3 billion annually.

The official noted that although analysts have asserted that the bulk of foreign earnings goes to the North Korean government, rather than their families, the workers are likely better off abroad than at home.

"[The executive order] includes the authority to target North Korea's exportation of labor in order to provide Treasury the flexibility to impose sanctions and ratchet up pressure as needed. At this time, we are closely studying the issue," she said.

One day prior to the revelations, the United States for the first time imposed sanctions on North Korean leader Kim Jong-un, accusing him of being directly responsible for a long list of human rights atrocities in his country, including extrajudicial killings, forced labor, and torture.