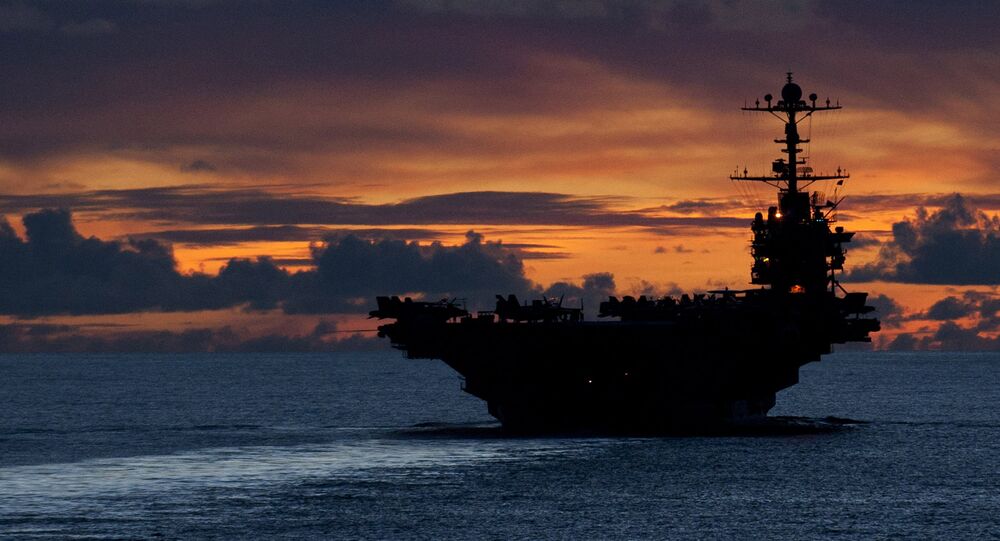 Russia, China, India, the United States and Britain are most likely to have the most powerful navies in 2030, according to San Francisco-based defense writer Kyle Mizokami.

© AP Photo / Xinhua, Li Tang
Last But Not Least: China's 2nd Aircraft Carrier Will Be More Sophisticated
In 2030, Russia, China, India, the United States and Britain will have the most powerful navies in the world, the American magazine National Interest quotes San Francisco-based defense writer Kyle Mizokami as saying.

He claims that by 2030, there will be two main types of warships to define the most powerful navies, namely, aircraft carriers and ballistic missile submarines.

"Aircraft carriers reflect the need to maintain a global, or even regional, power-projection capability, while ballistic missile submarines reflect a maturation and diversification of a country's nuclear arsenal," he says.

According to Mizokami, the next decade will see the US building at least three Gerald R. Ford-class aircraft carriers, which are due to replace the Nimitz-class carriers.

"Amphibious ship numbers should be slightly higher than current numbers, and the first ship in class to replace the Ohio ballistic missile submarines should enter service in 2031."

Additionally, three Zumwalt-class cruisers and 33 more Arleigh Burke-class destroyers will be placed in service by 2030, Mizokami said, citing a total of 300 warships that the US Navy should get by 2034.

This will be something that Mizokami claimed will help the US continue to dominate the seas for years to come. "While US naval superiority isn't ending any time soon, the period after 2030 will be a critical one.

Russia's ballistic missile submarine fleet will have a strong impact on the country's position in the top-five list of the most powerful navies, according to Mizokami.

"Eight Borei submarines, each carrying twenty Bulava missiles, will be in service, forming the second-largest ballistic-missile submarine fleet in the world," he said.

In this vein, he mentioned an array of "interesting projects" that he said could  be pursued by Russia, including Project 23000E, or Shtorm, "a nuclear-powered carrier 330 meters long and displacing one hundred thousand tons, making it the closest competitor to a Ford-class carrier."

Another project is a huge Lider-class nuclear-powered destroyer which Mizokami said will be "more akin to a cruiser than a destroyer" given that the 200-meter-long warship will have a displacement of 17,500 tons.

"Armament will consist of 60 anti-ship cruise missiles, 128 antiaircraft missiles, and 16 anti-ship guided missiles," according to Mizokami.

By 2030, the Royal Navy "will be paradoxically the smallest and yet most powerful in the history of the United Kingdom," Mizokami said, referring to the two new aircraft carriers and fleet of ballistic missile submarines which will help the country's navy rank in the world's top-five list.

"The Royal Navy's surface fleet, currently at 19 destroyers and frigates, will shrink even further to six Type 45 guided-missile destroyers and eight Global Combat Ship frigates. The number of nuclear-powered attack submarines will remain constant at seven," he said.

He recalled that currently, the country's navy operates four Vanguard-class nuclear-powered ballistic missile submarines, due to be replaced with the Successor class as of 2028.

As for the aircraft carriers, they include the Queen Elizabeth and Prince of Wales, which displace 65,000 tons each and which are capable of carrying up to fifty aircraft on board.

Mizokami quoted James Fanell, the former top intelligence officer for America's Pacific Command as predicting that by 2030, the People's Liberation Army Navy (PLAN) will have the largest number of warships in the world.

These will include 99 submarines, four aircraft carriers, 102 destroyers and frigates, 26 corvettes, 73 amphibious ships and 111 missile craft, "a whopping 415 ships in total, compared to approximately 309 in the US Navy of 2030," according to Mizokami.

"This would put China in a solid position as the world's largest navy by number of ships — though not by total ship tonnage," he pointed out.

Mizokami remained cautiously optimistic about China reach 415 ships by 2030, which he said "would require a substantial increase in the PLAN's budget — at a time when the Chinese Communist Party is finally applying the brakes to defense-budget increases."

With the country recently starting to inject hefty sums into its naval service, 2030 may see it boasting "one of the top five navies on the planet," Mizokami said.

"Barring unforeseen naval developments in other countries, by 2030 India will have the second largest carrier fleet in the world, with three flattops," he pointed out.

© Photo : Wikipedia/U.S. Navy
America's Newest Aircraft Carrier: A '$15 Billion Floating Graveyard'?
The aircraft carriers include the Vikramaditya, Vikrant and Vishal, he said, also citing at least nine destroyers, among them two Kolkata class guided missiles, three from the Delhi class, and four from the Visakhapatnam class, which are currently under construction.

Additionally, the first ballistic missile submarine Arihant is due to enter service with the Indian Navy in the near future, Mizokami said, adding that a total of three Arihant subs are planned and that "an overall 'boomer' fleet of six submarines