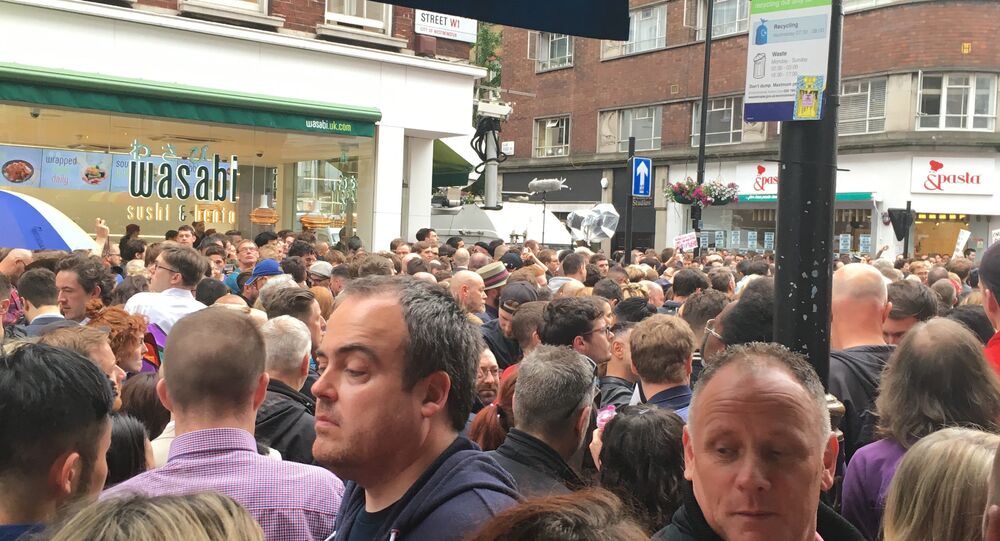 Soho, the heart of gay London, showed up in full force to unite against hate and testify for love in support of the victims of Sunday morning’s shootings in Orlando, Florida.

June 13 will be remembered in the LGBT community as a symbol that, while great strides have been made, much still needs to be done to teach tolerance for all unique expressions of humanity.

Thousands attended, despite the rain, expressing support for those who lost their lives in a shooting massacre on Sunday June 12, 2016, in a gay nightclub in Orlando.

Today we reaffirm our commitment to equality for all — in Soho and across the world pic.twitter.com/3GtiwQZxXq

The incident has devastated the LGBT community, not just in the United States but also across the world. US President Obama expressed shock at the killings, saying, "As Americans, we grieve the brutal murder," in a White House statement.

Those who gathered for the London vigil suggested that the slaughter was a direct attack on the LGBT community, despite comments from some media outlets claiming that religion was the primary motivation.

One London memorial attendee said, "This is shocking, the attack was senseless and I am still in shock. I cannot believe what has happened and I just had to come here to show solidarity with the LGBT community."

Crowd cheers after a minute of silence at #OrlandoShooting victims vigil in Soho, London #LondonStandsWithOrlando pic.twitter.com/AipCWngS55

​Another onlooker said that the shooting brought home the ongoing existential possibility of violent extremism, and how no one is exempt. "This was a direct attack against our community, this man wanted to kill gay people and we have to stand up to hate with love. This vigil is for everyone who lost their lives and the families of the victims."

​London expressed its grief this evening, and the LGBT community responded with a poignant message of community and hope for all of mankind.