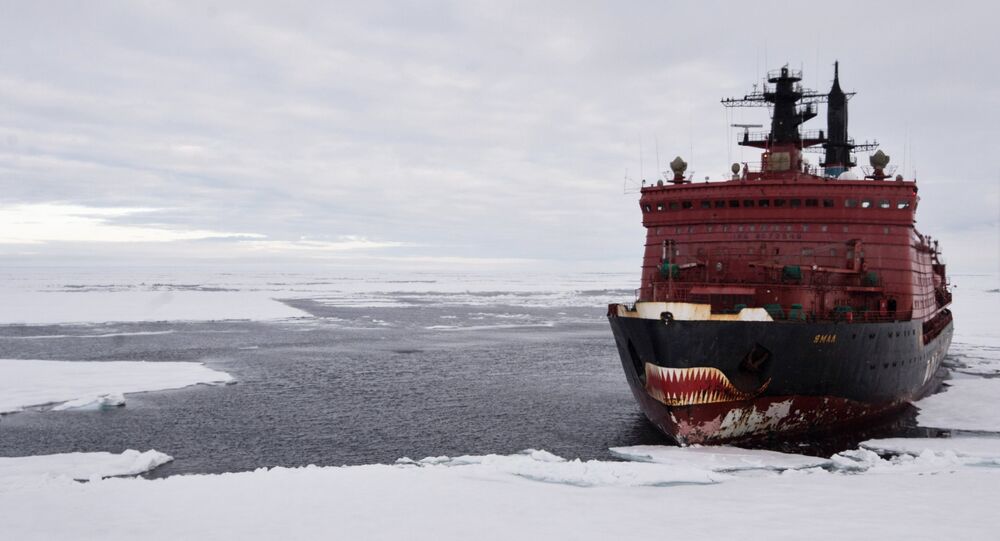 According to high-ranking official Grigory Zasypkin, the US is not going to divide icebreakers building projects with Russia because of political considerations.

© Sputnik / Vladimir Astapkovich
Russia’s Maiden Nuclear Icebreaker to Be Floated Out in Mid-2016
WASHINGTON (Sputnik) — The United States will probably not seek Russia’s help concerning technologies to build icebreakers because of political considerations, Deputy Head of the Economic Section of the Russian Embassy to the United States Grigory Zasypkin told Sputnik.

"America needs icebreakers. They have already allocated money for the construction of an icebreaker," Zasypkin said. "I doubt very much that they will turn to us for help in terms of technology. This is a political issue."

Zasypkin noted that there are countries with very good expertise in constructing icebreakers, but Russia’s expertise is unique and no country or entity can compete with it.

"The Americans are not planning to build atomic icebreakers, as I understand. As for the regular icebreakers, they may build them themselves or may bring somebody [in] like Finland or Sweden that build ships well," Zasypkin explained.

© Photo : Youtube/Sputnik
Only in Russia: Meet the Tractor-Icebreaker
The senior diplomat added that scientific cooperation between the United States and Russia is developing very well.

"We help them [the United States], especially concerning the icebreaker fleet," he noted.

In case of an emergency, Zasypkin said he believes it is unlikely that any country, including the United States will seek Russia’s help, if that help can only be provided by Moscow.

In September 2015, President Barack Obama announced a series of new US investments in the Arctic, only months after the United States took the chairmanship of the international Arctic Council. The investments included fast-tracking American icebreaker acquisition of new heavy icebreakers between 2020 and 2022.

The only US icebreaker currently operating in the Arctic is a medium icebreaker, the Healy. The United States’ only heavy icebreaker is deployed to Antarctica. A third icebreaker has been held in Seattle, Washington, and largely used for spare parts to repair the operating vessels.

Russia has a fleet of 40 icebreakers and additional 11 vessels under construction.