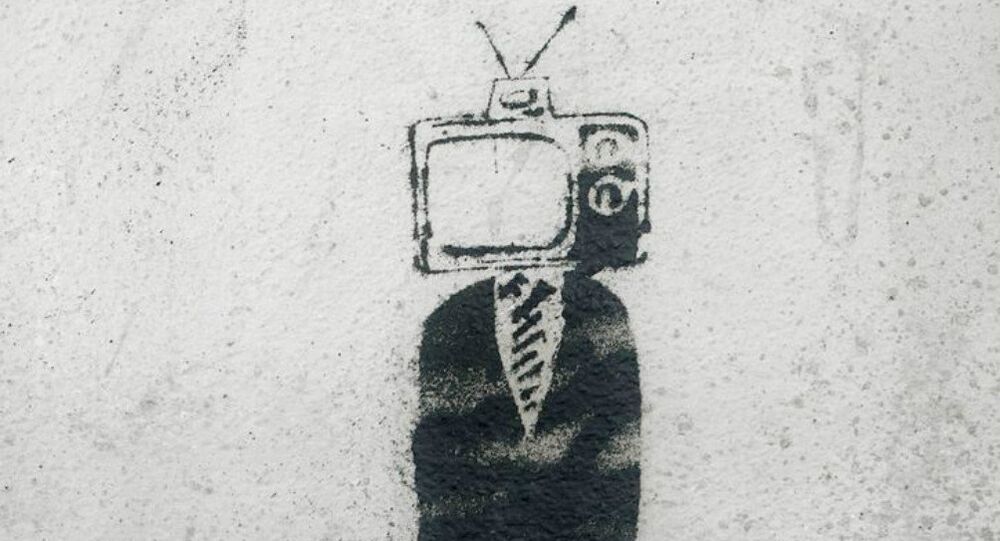 The United States, the North Atlantic Alliance and to a lesser extent the European Union are "obsessed" with what they call Russia's "highly efficient" propaganda machine, analyst François-Bernard Huyghe told Atlantico.

Some politicians, military officials and experts "are firmly convinced" that news and analysis offered by Russian media outlets could "mislead" readers in the West, he added. "NATO thinks that Russia has developed a new type of military strategy, 'hybrid warfare,' that combines military operations, insurgency and a massive propaganda campaign."

These "phobias" originated during the Cold War, he noted. They are now projected onto Russia's contemporary media.

© AFP 2021 / BRENDAN SMIALOWSKI
Building the Echo Chamber: Is There Free Press in the US?
Interestingly, in the 1950s-1960s the US created media outlets and organizations that are still doing what Washington is accusing Moscow of doing, Huyghe pointed out.

These media outlets "were broadcasting over the Iron Curtain (in the Czech, German, Russian languages) during the Cold War to destabilize the Soviet bloc," he said. "They exist to this day and receive funding from the Congress."

Huyghe further noted that Washington's propaganda campaigns do not solely target Russia. "Following the 9/11 the US created Arab-language radios and TV channels to counter radical sentiment among the Muslims."

One initiative was apparently aimed at Cuba. "The US tried to create an app similar to Twitter (ZunZuneo) so that the Cubans could criticize the authorities and coordinate to launch a local Arab Spring," the analyst explained.

Meanwhile, US lawmakers have recently suggested creating a new federal agency whose only focus will be "to expose and counter" Russian and Chinese "propaganda," since it poses a threat to US activities around the globe, the Washington Examiner reported earlier this week.

Reporters Without Borders Slam US for 'War on Whistleblowers'