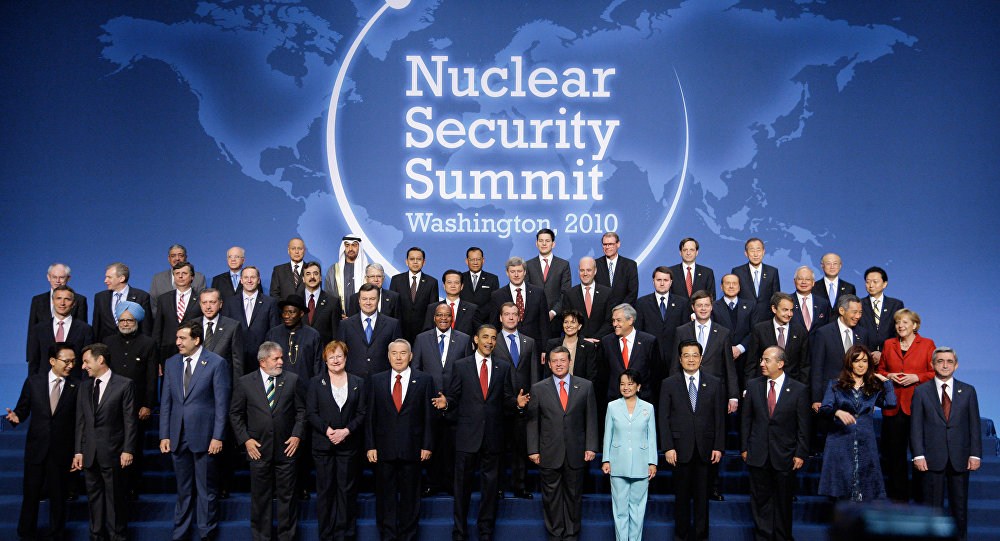 On Wednesday, the US leader urged Russia to fully comply with its obligations under the INF Treaty, stating it had violated the agreement.

"In this case, the Russian side remains committed to the INF Treaty and reaffirms our principal commitment to the INF Treaty. We believe any accusations against us from the US side are unfounded," Peskov told reporters.

White House Photographic Office
Intermediate-Range Nuclear Forces (INF) Treaty: Facts and Details
The Kremlin spokesman added that Russia had, in turn, a number of claims against the United States over the implementation of the INF deal.

The 1987 INF treaty banned nuclear and conventional ground-based cruise and ballistic missiles with a range of 300 to 3,400 miles.

Washington has repeatedly stated Russia was not fulfilling its INF treaty obligations, claiming Moscow tested a ground-launched cruise missile in violation of the INF treaty.