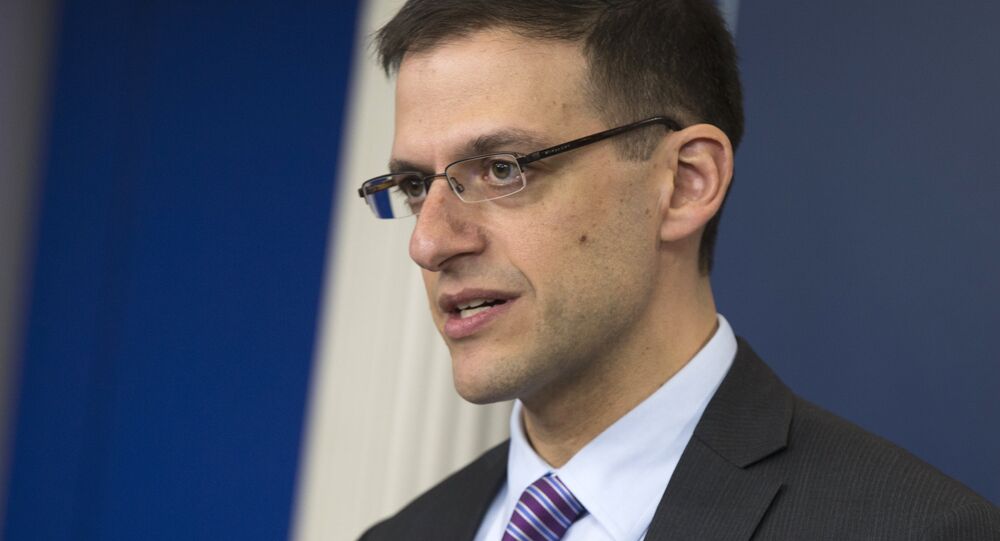 Acting US Under Secretary of Treasury Adam Szubin will travel to Beijing and Hong Kong this week to discuss a coordinated response to North Korea’s recent missile test and cutting off finances for the Daesh terrorists, the Treasury Department announced in a statement on Monday.

"[The] trip provides an important opportunity for discussions of ways to strengthen US-China coordination in response to North Korea’s destabilizing behavior and to ensure sanctions targeting the North Korean regime are as effective as possible," the statement said. "During the trip, Acting Under Secretary Szubin will also discuss efforts to combat Daesh’s finances."

From March 15 to 16, Szubin will meet with senior Chinese government officials and private sector compliance officers.

During the trip, Szubin plans to also discuss the implementation of the nuclear deal with Iran, also known as Joint Comprehensive Plan of Action, and the sanctions, which still remain on some Tehran’s activities.

Earlier in March, the UN Security Council introduced new sanctions against North Korea in response to Pyongyang’s January hydrogen bomb test, as well as the launch of a long-range rocket to allegedly place a satellite into orbit in February.

Daesh Finances Squeezed by Global Coalition as Sources Dry Up