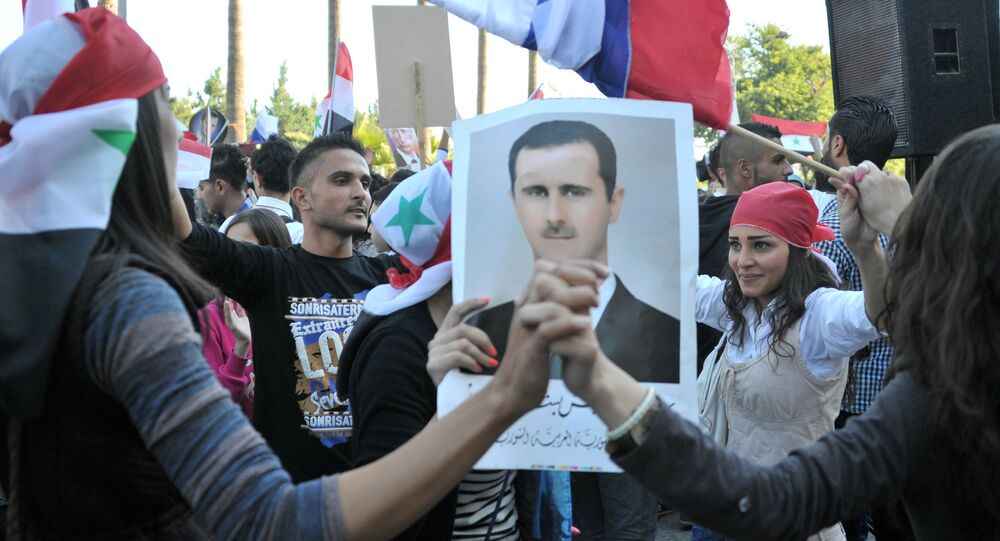 More Countries Realize ISIL is the Real Enemy in Syria, not Assad

More and more countries seem to be realizing that President Bashar Assad is not the most dangerous threat to the people of the Middle East: ISIL is far more terrifying and the best way to beat the militant jihadist group is to forge an alliance with Russia.

© Sputnik / Michael Klimentyev
ISIL Financed by 40 Countries, Including G20 Member States - Putin
“We must rearrange our priorities,” Alain Rodier, director of research at the French Research Centre on Intelligence (CF2R) recently said in an  interview with the French newspaper 20 Minutes.

“Who are the most dangerous enemies for the United States, Russia, France?” he questioned.

And then provided a direct answer.

“Bashar al-Assad, abject as it is, does not represent an immediate risk [like] Daesh (an Arabic name for the Islamic State). "

His view is shared by Yves Boyer, deputy director of the Foundation for Strategic Research: " We must not mistake an enemy. The ISIL is the fundamental threat, a cancer that eats away and starts to spread (Libya, Mali…) and must be treated. "

The newspaper further states that an alliance with the Russians "is the best solution" if France and other countries hope to beat the militant jihadist group.

"There is not a magic bullet that will allow us to destroy Daesh and pacify Syria in a fortnight; it requires cooperation with Russia, in one way or another," says Alain Rodier.

© AP Photo / Uncredited/ French television pool
Assad is Not the Enemy of France, ISIL is - Hollande
Yves Boyer, in turn, said that another reason to “partner with Russia” is that the Syrian Army, backed by Russian air raids, could be very helpful for the coalition forces once they are on the ground in Syria, which is highly necessary nowadays.

This alliance, the experts elaborate, could first take the form of a dialogue on the raids, aimed at dividing the land and objectives.

Regarding President Assad, the experts say that they assume he could stay in power for the transition period. However he could leave after the new elections even though it is unclear who will then form a new government.

ISIL Must Be Crushed Before it Destroys Our Civilization – French Expert