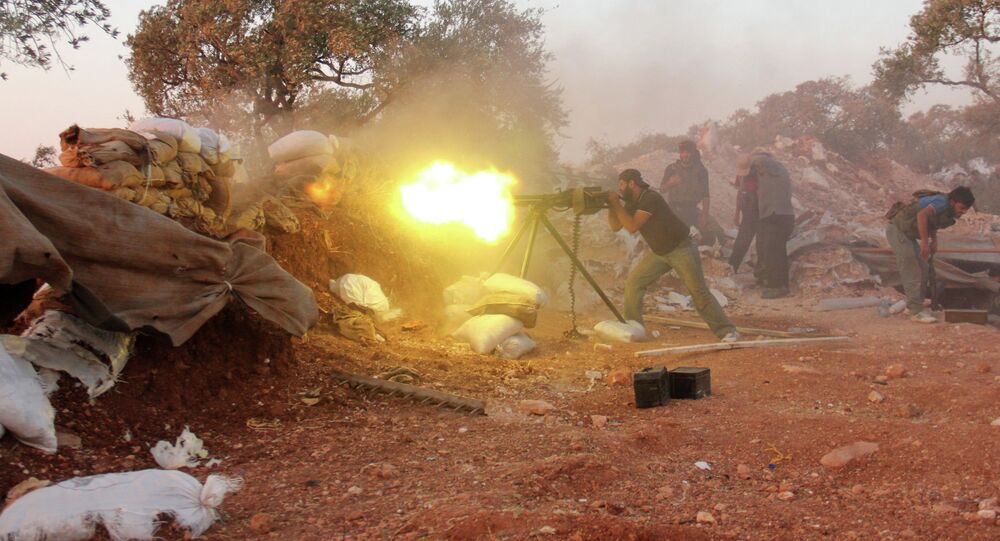 Washington has signaled its readiness to cooperate with Russia in the intelligence sphere in order to fight the Islamic State militant group in Syria, according to the German newspaper Bild am Sonntag.

According to the newspaper, representatives of the US Central Intelligence Agency and Russia's Foreign Intelligence Service held a meeting in Moscow last week to discuss cooperation between the two countries on Syria.

Bild am Sonntag reported that Washington plans to render intelligence assistance to Moscow so as to support Russia's activity against ISIL militants in Syria.

The newspaper attributed Washington's move to the Islamic State's ever-increasing clout and the growing flow of refugees to Europe.

During a telephone conversation on Friday, Russian Defense Minister Sergei Shoigu and his US counterpart Ashton Carter agreed to continue to discuss the situation in Syria in the future.

Earlier that day, US Secretary of State John Kerry said that President Barack Obama sees the talks between the two countries' military as an important step.

© AFP 2021 / ABD DOUMANY
US Urges Russia to Find 'Constructive Way’ to Support Anti-ISIL Fight
According to him, Washington is seeking areas of common interest with Russia on the possibility of bilateral military cooperation in Syria.

Syria has been in a state of a civil war since 2011. Government forces have been fighting against opposition factions and numerous insurgent militant groups, including ISIL and the al-Nursa Front.

According to UN figures, more than 220,000 people have been killed in Syria since the conflict began, with the number of Syrian refugees abroad exceeding 4 million people.