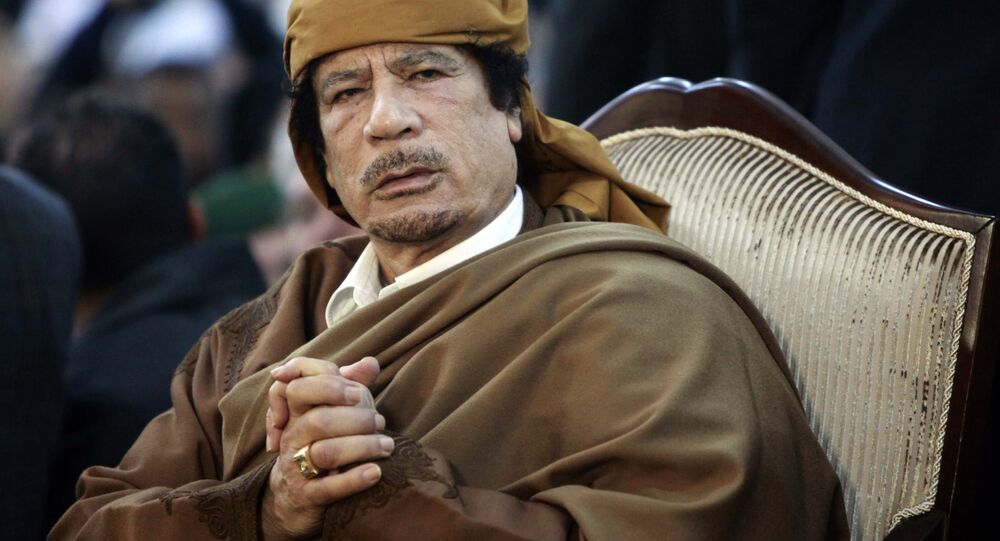 Millions of refugees storming European borders have definitely come as a surprise to Western politicians. They would not have, if the West only listened to what Libya's leader Muammar Gaddafi said months before he was brutally executed.

In fact, some of these people would not be seeking shelter in Europe if their homes were not destroyed as a result of short-sited aggressive Western policies.

In March 2011, Gaddafi warned that without unified and stable Libya there would be no one to control countless migrants from Africa and the Middle East from fleeing to Europe. Unlike Western leaders, he apparently understood that millions, not thousands will come, should Tripoli fall.

"There are millions of blacks who could come to the Mediterranean to cross to France and Italy, and Libya plays a role in security in the Mediterranean," he told the France 24 television station.

Gaddafi's son Saif, once considered the heir apparent and now on death row awaiting execution, echoed the sentiment in the same interview.

"Libya may become the Somalia of North Africa, of the Mediterranean. You will see the pirates in Sicily, in Crete, in Lampedusa. You will see millions of illegal immigrants. The terror will be next door," he noted.

Another quote, attributed to Gaddafi, paints a vivid picture of what the late colonel expected to happen: "The Mediterranean will become a sea of chaos."

Gaddafi's prophecy that the Mediterranean 'will become a sea of chaos' is becoming a reality.

© Flickr / UK Ministry of Defence
Syrian Crisis: West's 'Grand Plan' Dragging Middle East Into Bloodbath
No one listened. Instead, the West launched a military intervention to oust Gaddafi and look at what has become of Libya. The country is torn apart by rivaling factions and radicals.

Just like Gaddafi prophesied, the Mediterranean still remains a sea of chaos as thousands of refugees crammed into boats head to the shores of Italy. For many this journey becomes the last one they will ever make.

The Arab Spring, supported by the West, and the US-led military interventions across the Middle East and beyond are largely considered the main factors, which caused the current exodus of refugees. If Western capitals fail to understand the real causes of the overwhelming influx of migrants, increasingly more people will be forced to risk their lives trying to find shelter outside their home countries.