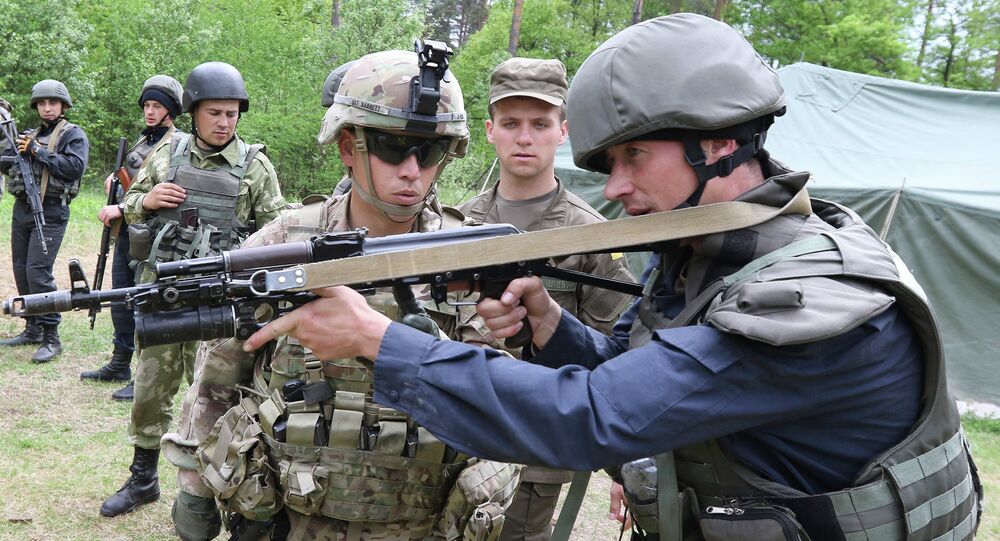 US Prepares to Put More Pressure on Russia, Threatens ‘Scaling Up Costs’

The US is prepared to put more pressure on Russia if the conflict in Ukraine escalates, and threatens that “the costs [then] will go up”, according to US Assistant Secretary of State Victoria Nuland; she also revealed that the US has spent $150 million on training the Ukrainian military, which it regards as “security assistance”.

“As you know, the sanctions that the international community has put in place – that the US and the EU have in place – are there to change the policy of Russia, to encourage it to fulfill its obligations. We’ve made clear that they will stay in place until Minsk is fully implemented, including an end to the violence, including a return of hostages, a return of the border. But we’ve also made clear that if the violence increases, we’re prepared to put more pressure on Russia,” Nuland said in an interview with the host of “Shuster Live” talk show on 112 Ukraine TV channel.

“Our hope is that we can use this pressure – the increased capability – to see Russia and those that they manage in Donetsk and Lugansk, implement the obligations that they’ve made. It not, the costs will go up,” she said, adding that it will be both economically and militarily.

The politician also revealed that the US has “contributed about $150 million dollars so far to security assistance – to training. We’re training out in Yavoriv.”

Currently over 300 paratroopers from the US army's 173rd Airborne Brigade have been training the Ukrainian military at the Yavoriv range in the Lviv region since April 20. The declared purpose is “to develop professional skills of the National Guard servicemen.”

© AP Photo / Efrem Lukatsky
Kiev's Proposed Constitution Fails Minsk II Despite Nuland's Bluster
US Assistant Secretary of State recently commented on Ukraine’s fulfilment of Minsk agreement, claiming that Kiev’s amendments to its constitution addressing the special status of Donbass “show that Kiev has implemented its side of Minsk II, the second ceasefire agreement in the Donbass conflict”.

The claim was bashed by the chairman of the Russian State Duma's Foreign Relations Committee as “far from the Minsk Agreements and only close to [President Poroshenko] own political fantasies.”

On July 16, Poroshenko submitted a proposal on constitutional amendments which would address the special status of the Donbass region to the Ukrainian parliament, the Verkhovna Rada.

The draft amendments to Ukraine’s Constitution imply no federalization or special status for the Donetsk and Luhansk People’s Republics known as Donbas, President Poroshenko said on Thursday.

© REUTERS / Valentyn Ogirenko
Constitutional Changes Stipulate No Special Status for Donbass - Poroshenko
"There is not a single hint of federalization. Ukraine was, is and will remain a unitary state. The draft envisages no special status of Donbas. I am sure that the proposed draft is no way beyond the framework of the Minsk agreements," Poroshenko said.

According to the draft amendments, "a special law will regulate peculiarities of local self-government” in the districts of Donetsk and Luhansk regions.

However, the Verkhovna Rada is not set to vote for the constitutional amendments submitted by Poroshenko and this draft will be sent to the Constitutional Court, an MP from the Poroshenko Bloc faction said earlier on Thursday.