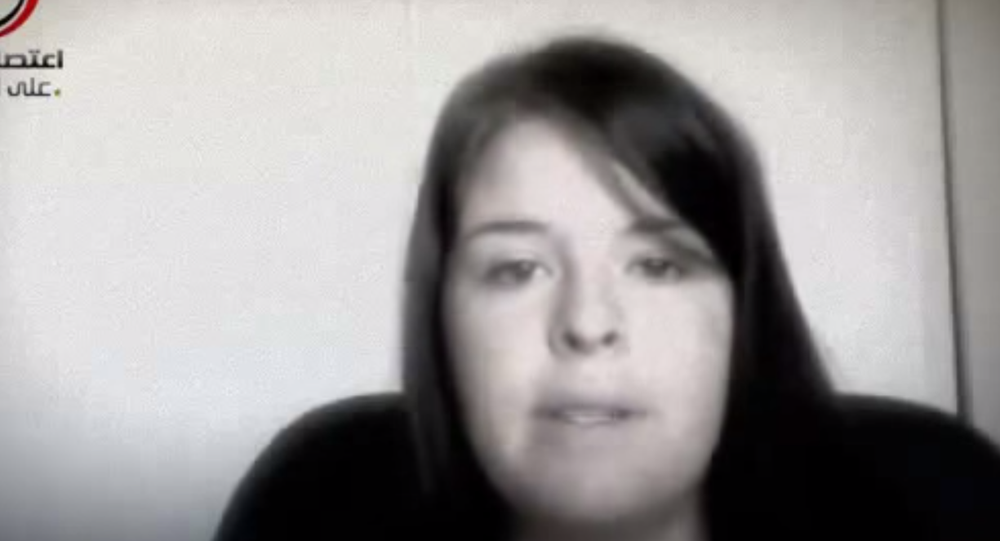 Kayla Jean Mueller, the American aid worker taken hostage in 2013, has been killed in a coalition airstrike, according to ISIL.

The website associated with the so-called Islamic State terrorist organization announced that Mueller was held in one of the buildings hit by Jordanian fighter jets.

The group says that the Arizona native was killed after being buried in the rubble of a building targeted by a Jordanian airstrike in Raqqa, Syria.

"The Failed Jordanian Aircraft Killed an American Female Hostage," a statement released by the Islamic State and translated by the SITE Intelligence Group reads.

"For as long as I live, I will not let this suffering be normal. [I will not let this be] something we just accept," Mueller told a group at her hometown Kiwanis Club shortly before being captured, according to the Daily Courier. "It's important to stop and realize what we have, why we have it and how privileged we are. And from that place, start caring and get a lot done."

She also took part in a "Syrian Sit-in" on YouTube.

ISIL claims this is the building Kayla Jean Mueller was being held in which was hit by a Jordanian airstrike.

In the days that followed the Islamic State's beheading of Japanese hostage Kenji Goto, President Obama, for the first time, admitted last week that the terrorist group holds an American hostage. In the interview with NBC News, he didn't identify Mueller by name, only saying she was a 26-year-old woman.

"Every morning I get a presidential daily briefing, and it gives me a pretty clear sense of the terrible stuff that's happening," Obama said. "And it's part of the reason why we have to be so vigilant and so aggressive in going after a vicious organization like ISIL."

There has been no confirmation from other sources that Mueller has, in fact, been killed. It remains possible that this could be a propaganda attempt by the Islamic State against airstrikes conducted by Jordan and other coalition forces.

Jordan has increased airstrikes in recent days in response to the burning of one of its pilots, Muath al-Kasasbeh. Al-Kasasbeh was taken captive after his plane crash landed in a terrorist-controlled region of Syria in December. The Islamic State released a video on Tuesday which allegedly depicted the pilot being burned alive. The horrendous act sparked outrage in the Middle East and around the world. The king of Jordan promised "an earthshaking response" to the pilot's execution. In the last few days, the Jordanian air force has been flying dozens of jet fighters above Syria, hitting Islamic State targets.

If verified, Mueller would be the fourth American Islamic State hostage to die since August.