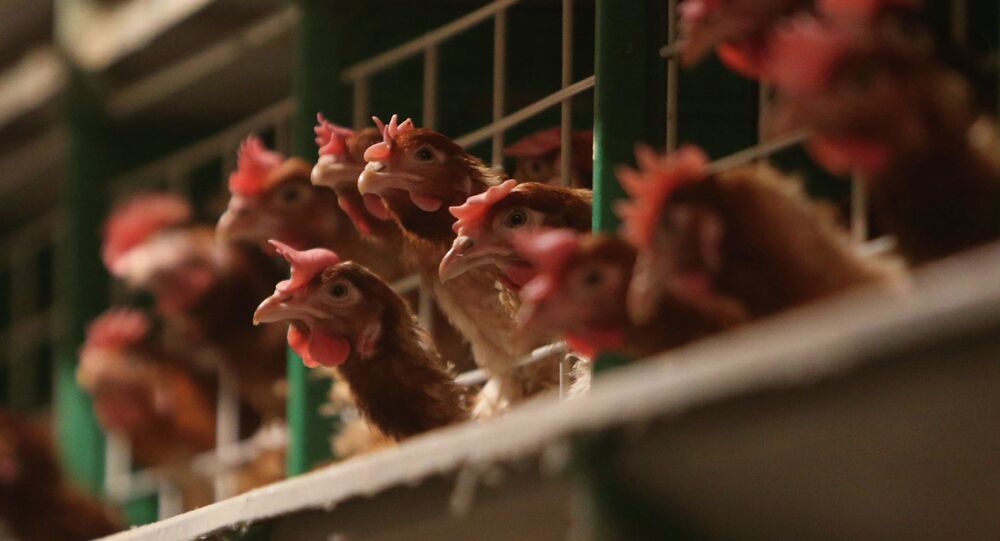 Seoul has halted its importation of US poultry due to a bird flu outbreak in the US, the South Korean Agriculture Ministry announced on Sunday.

© AP Photo / Kumamoto Prefecture
Bird Flu Detected at Japanese Kyushu Island: Reports
MOSCOW, December 21 (Sputnik) – South Korea's Agriculture Ministry has suspended the country's importation of US poultry due to an outbreak of bird flu in the United States, Reuters reported on Sunday, quoting a station issued by the ministry.

"This import suspension is a quarantine measure to prevent the HPAI virus from entering the country," Reuters quotes the ministry statement as saying, referring to highly pathogenic avian influenza (HPAI) virus.

The suspension came into effect on Saturday and is aimed at containing the virus in South Korea.

© REUTERS / Ruben Sprich
Yet Another Bird Flu Outbreak in Netherlands, 28 Thousand Chickens Infected
The ministry says 18 countries, including South Korea, had been hit by the HPAI virus this year. No human cases have been registered in South Korea.

Avian flu is an infectious viral disease which affects birds. Most bird flu viruses do not infect humans, but some have caused serious infections in humans. Public health officials are most worried that a strain of avian flu will mutate into an airborne pathogen which can be transmitted between humans, such as the virus which caused the 1918 flu pandemic, which killed more than 50 million people, worldwide.

Two strains of avian influenza — H5N2 and H5N8 — have been confirmed in wild birds in Washington State, near the US border with Canada, but there was no immediate cause for public health concerns, Reuters quotes US agriculture officials as saying.

Neither virus has been found in US commercial poultry.

Seoul is the fifth largest growing importer of the US goods. In November alone, South Korea imported over 62,000 tons of chicken, compared to the total 2013 figures of 44,000 tons, according to the South Korean largest news agency Yonhap.

The country is planning to substitute US imports with supplies from Brazil and Thailand, the agency quotes South Korea’s agricultural officials as saying.

South Korea faced the latest bird flu outbreak in September, when about 1,200 infection cases were confirmed on a duck farm in the South-West of the country. The farmers had to destroy the infected birds as well as another 19,800 ducks remaining on the site

Russia Ready to Step Up Fight Against China Bird Flu