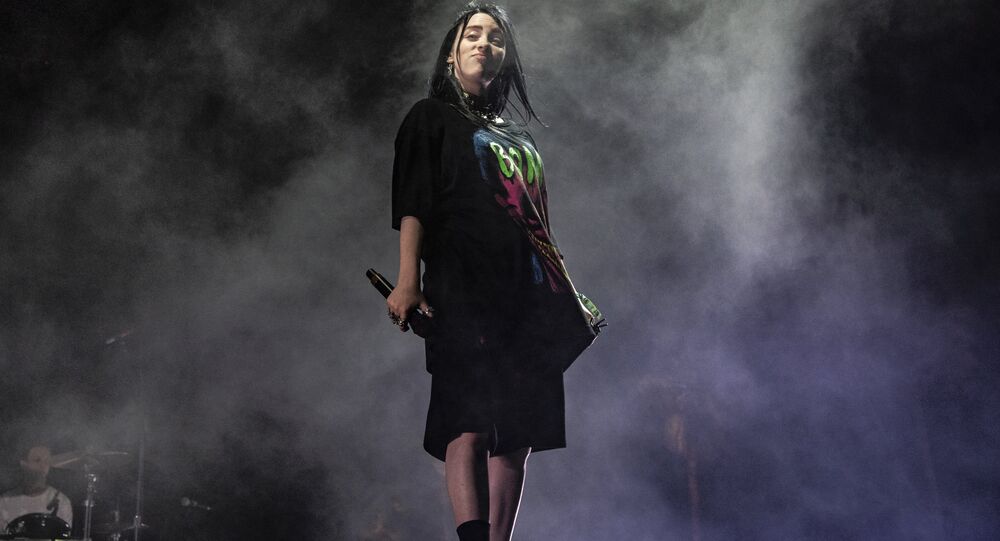 The 19-year-old singer was previously accused of so-called “queerbating”. At the same time, Billie Eilish’s Vogue cover sparked controversy among her fans, who felt somewhat confused about the perceived drastic change in her image.

American singer and songwriter Billie Eilish has issued a statement on Instagram, saying that she was "appalled and embarrassed" after a video showing her making a racial slur resurfaced on TikTok earlier this month.

“Regardless of my ignorance and age at the time, nothing excuses the fact is that it was hurtful. And for that I am sorry”, the statement reads.

The pop star apparently used the “ch*nk” word (an offensive term used to refer to people of Chinese descent), while also speaking with a “blaccent” – a stereotypical imitation of African-American speech. What’s more, in the footage she seemingly made fun of Asian accents.

Eilish also explained that she made the slur while having no idea that it was a “derogatory term used against members of the Asian community”.

The singer is going through a challenging period in her career, as multiple accusations combined with fans' anger have been dogging her in recent months. Earlier in June, Eilish was also accused of "queerbaiting" – a term for a marketing technique used to attract viewers belonging to the LGBTQ+ community, in which people hint at same-sex romance without actually depicting it. Eilish, generally believed to be heterosexual, shared a couple of behind-the-scenes snaps from her new Lost Cause video on Instagram. The post, captioned “I love girls”, showed Eilish surrounded by other females from the clip. The message left many fans confused and embarrassed.

In addition to that, Billie Eilish's British Vogue cover featuring an homage to classic Hollywood fashion sparked a debate about the sexualisation of women's bodies in modern pop culture. The photo session, portraying Eilish in vintage-inspired lingerie, was controversial for her fans, as Eilish once said in a commercial interview with Calvin Klein that the reason she was wearing baggy clothes was to avoid being perceived and judged only based on her appearance and body shape.