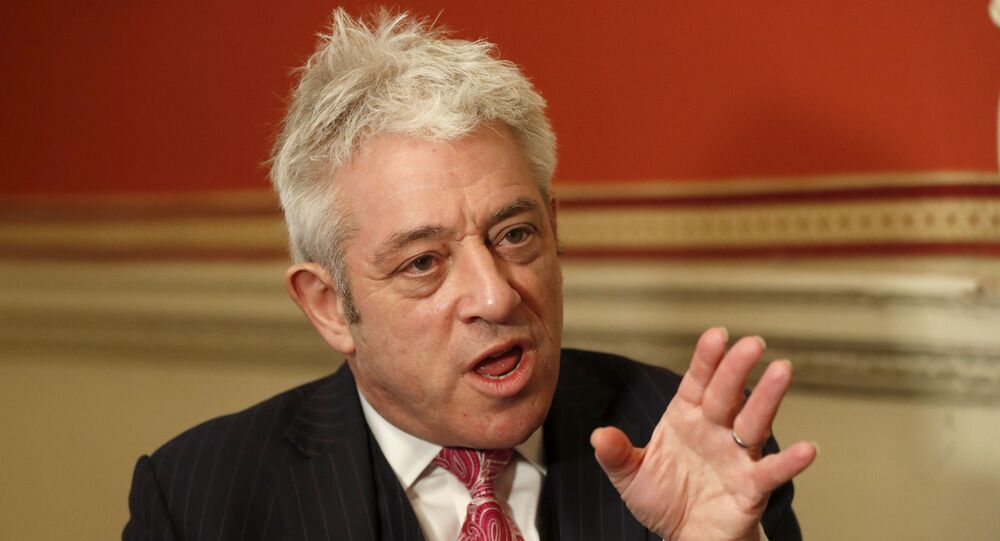 The Twitterati have mercilessly ridiculed former British Parliamentary speaker John Bercow for his self-trumpeted move to the Labour Party.

The former speaker got a surprising welcome from Labour MP John McDonnell, formerly shadow chancellor under Jeremy Corbyn's leadership, praising his ten-year tenure on the woolsack.

​Others replied that Labour was no better that the Conservatives, who didn't want Bercow back anyway.

​​Former Brexit Party — now Reform Party — leader Nigel Farage recalled how, in his last months as speaker in 2019, Bercow tore up centuries of Parliamentary procedure rules in a failed bid to help the opposition and Europhile Tory rebels stop Britain leaving the European Union. That backfired when Johnson was finally able to force a snap election in December that year, winning by a landslide with his "Get Brexit Done" slogan.

Junior Foreign Office Minister James Cleverly feigned surprise, while trade unionist Paul Embery was sure Bercow would be an apt convert to social-democratic and pro-Brexit poilicies.

© AFP 2021 / JESSICA TAYLOR
Former Commons Speaker Bercow Defects to Labour, Calls UK PM Boris Johnson 'Lousy Governor'
Bercow's description of Johnson's big-spending 'one nation' Tory party as "reactionary, populist, nationalistic, and sometimes even xenophobic" prompted some to remind the Twittersphere of his own anti-immigrant past. Bercow was elected to the national executive of the hard-right Monday Club group as a young Conservative member on a manifesto of "assisted repatriation" of immigrants. He was also chairman of the pro-Apartheid Federation of Conservative Students which printed T-shirts with the slogan "Hang Nelson Mandela" — as both Tory MPs and leftists pointed out.

​Others were content to point out that Bercow was still under investigation by Parliamentary authorities for allegedly bullying his own staff.

For some, Johnson's refusal to grant Bercow a peerage in the House of Lords was an obvious motive for his defection.

​​Interviewed by fellow Remainer Trevor Phillips on Sky News on Sunday morning, Bercow strenuously insisted he had had "absolutely no discussion whatsoever" with Starmer or other Labour leaders about a possible peerage. "There has been no barter, no trade, no deal," he claimed.

But some Twitter users wondered if the Labour leader was all that pleased to welcome his new party member.

​And one bright spark pointed out that the rats are supposed to leave the sinking ship, not join it.