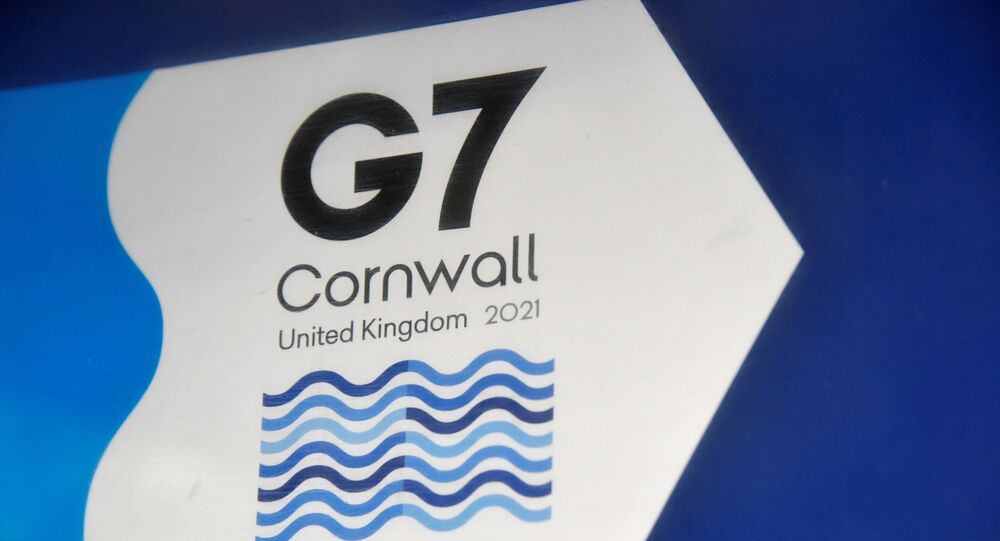 During their meeting on Friday, the leaders of the group agreed to create a plan aimed at preventing the repeat of economic and human devastation wrought by the coronavirus pandemic. Among other things, the plan envisages the rapid development of vaccines under 100 days.

The leaders of the G7 have unwittingly become the butt of a joke since their group photo went viral online. The image, which was taken at Carbis Bay, UK, shows the presidents and prime ministers standing on a platform at the beach with every leader maintaining social distance.

​The exaggerated distance between each politician as well as their poses prompted a torrent of sarcastic comments, with many users comparing them to action figures.

really excited to add these to my collection pic.twitter.com/ogSF1UO1LL

​Others joked that the photo reminded them of morning TV shows or song contests.

Some netizens went as far as to suggest that the photo looked like a reboot of popular movies and series.

this reboot of The Avengers looks wild

​Yet other users thought of pop bands and the new season of "The Bachelor".

Weirdest season of The Bachelor ever https://t.co/vyotBokONu

Still others joked about UK Prime Minister Boris Johnson's outfit and wondered why there were 9 people on the platform at a G7 group photo.

How does THIS happen in a country world famous for men's tailoring ? pic.twitter.com/cd1oUM2KtA

Why are there 9 people in the G7 pic.twitter.com/VLv1jhpN9q

The “love” hug was mutual at some point. pic.twitter.com/n5nEVkKfBk