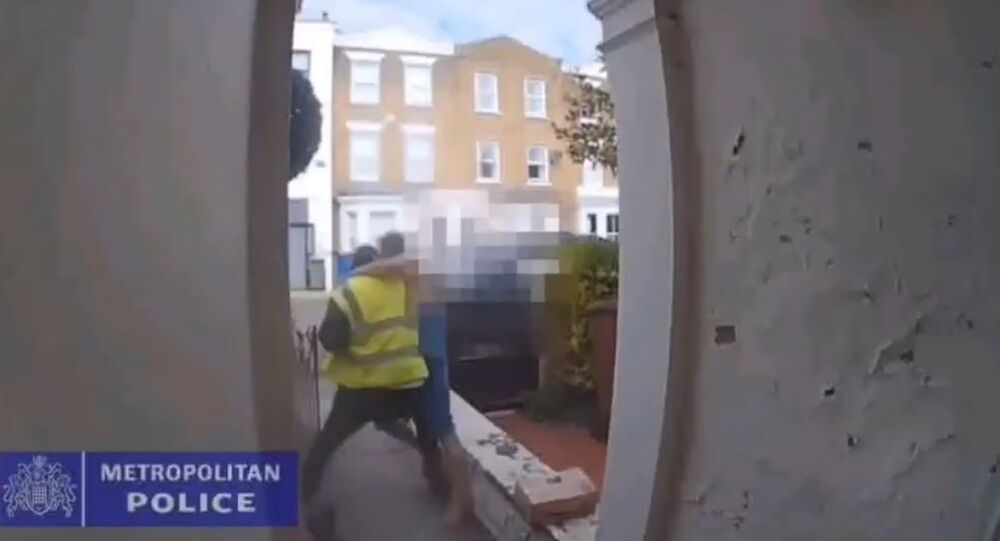 A resident of Crystal Palace Road was caught by surprise when he opened his door for an Amazon delivery to see a gun pointing at him.

A terrifying video showing a fight between a barefoot homeowner trying to disarm a fake deliveryman with the help of his dog is doing the rounds on social media.

The incident apparently took place on 13 July 2020, when Vicente Forde, 32, donned a hi-vis jacket and took an empty Amazon cardboard box, making it look as though he was making a delivery to a home in Crystal Palace Road, Dulwich, south London, according to the Metropolitan Police.

Vicente Forde has been convicted of firearms offences after he posed as a Amazon delivery driver & brandished a shotgun at another man as he opened his front door.

The homeowner managed to disarm him with the assistance of his dog.https://t.co/5FowJsqQ9Q pic.twitter.com/3o4YewTg5R

In the clip, that has surfaced only now, Forde is seen knocking on the door and waiting outside, until the door opens. At that point, he pulls a gun out of his jacket to attack the homeowner. The shocked man bravely fights back. His young daughter was inside the house at the time of the incident.

The homeowner eventually snatched the weapon out of Forde’s hand and threw it under a nearby car, the police revealed. The perpetrator was later restrained with the help of passers-by, and taken into custody. His motives remained unexplained.