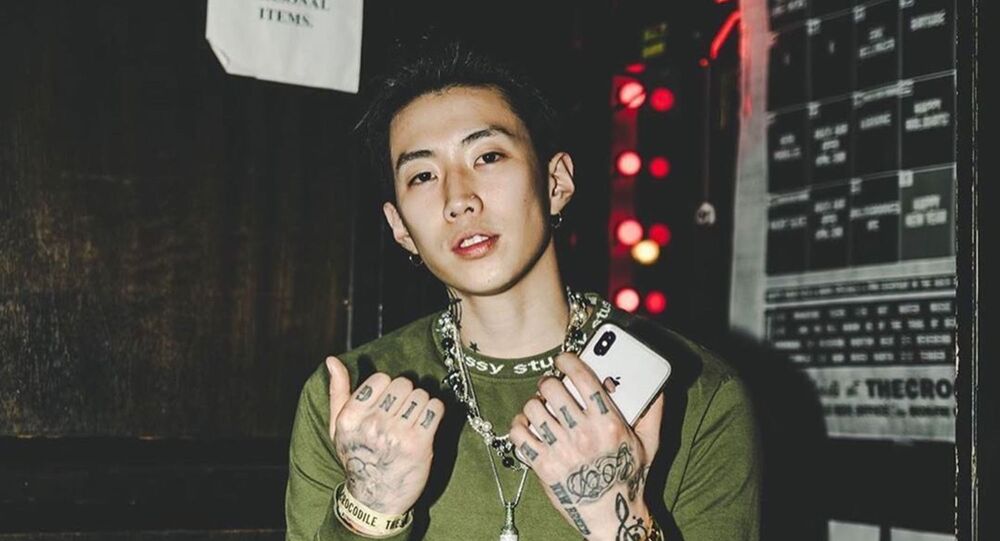 The artist initially downplayed the controversy over a lyric comparing himself to Allah, saying the verse was "never meant to be offensive or disrespectful", and his fans should stop "that bull sh*t [sic] false narrative".

Korean-American rapper Jay Park has apologised to his Muslim fans again for using the "worship me like Allah" line in his lyrics in the remix of "MUKBANG!" after sparking outrage on social media.

"As I read the comments (not the hateful ones but the ones who are actually trying to educate on why it's offensive), I see that I used a word some are willing to die behind in my lyrics. It's not my place to use something that means so much to Muslim people in my rap lyrics freely. I apologise to all my Muslim fans", he wrote on Twitter.

The rapper has faced much flak from his fans, especially Muslim, for what they described as offensive and disrespectful lyrics, after he compared himself to Allah.

"Jaw drop, I can never fall off
Worship mе like Allah
Get it done like wallah
Season it like Salt Bae
Sauce dripping off them bows"

WOW JAY PARK I DIDN'T KNOW U COULD GO THIS FAR, DIRESPECT OTHER RELIGION IM SORRY YALL HAVE TO CANCEL THIS MAN NOW pic.twitter.com/QpsRevtqXA

Wtf is this ??this made me really angry ! How the hell jay park is comparing himself to Allah ( god) pic.twitter.com/OkAM23Pmer

The fact that jay park also wrote this song just shows how disrespectful he is ,, when will these artists stop using islamic things for their aesthetics and hv a basic decency for our religion ? Its too normalized and got swept under the rug everytime :( pic.twitter.com/yyfuPIsyFP

Following the backlash, Jay Park issued his first apology, which has since been deleted. He claimed the "lyrics were never meant to be offensive or disrespectful", adding that his fans "are out of pocket" for accusing him of "dragging a religion" and being racist.

You “humbly” apologize. Oh no, no. I don’t even have to read what you typed out. There’s no way this is genuine if you said this in the same day. pic.twitter.com/VUjTlxSABS

The initial apology triggered more criticism from fans, ultimately leading Park to admit that he "didn't see the problem" at first.

While some have eventually forgiven the artist and heaped praise on him for releasing a "sincere" apology, others are still discontent with him and keep spamming his Twitter account with calls to delete the song or change the lyrics.

Take the song down! Are u serious???! @JAYBUMAOM

Thank you Jay to actually look at our perspective and give your sincere apology. I hope you will learn something from the situation and be a better person in the future🙏

Taken down the song will be a wise act to do..
The verse is not acceptable, Jay...
And hope you understand tht i say it not for or with hate

The 34-year-old rapper has, meanwhile, thanked his fans for understanding and helping him realise how upsetting his comparison could be.

I see where yall comin from now. Thanks to those who were kind enough to explain. Love ❤️🙏