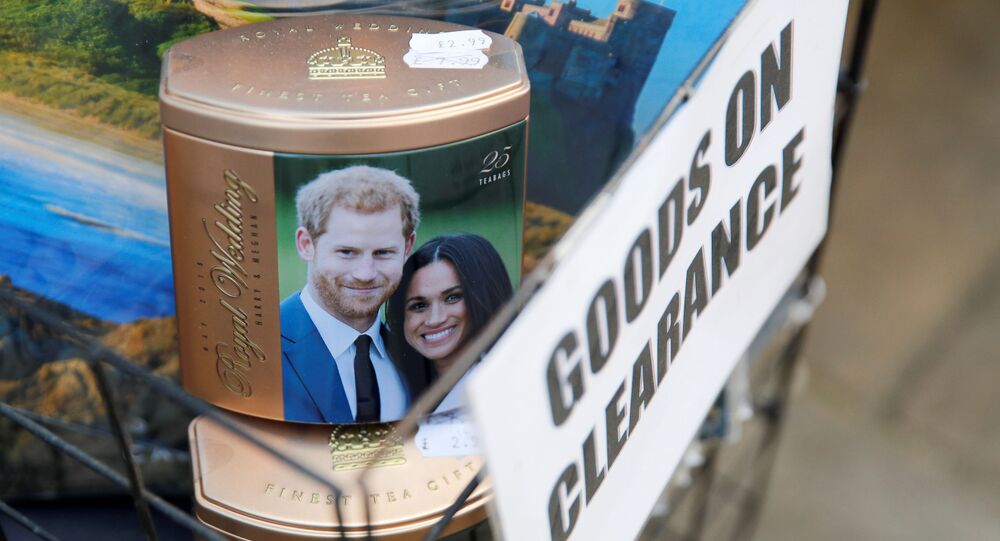 Prince Harry and his American wife Meghan Markle provoked a public backlash with their two-hour interview with Oprah Winfrey from their $15-million California mansion — in which the Duke of Sussex claimed he wad been left penniless by his father Prince Charles.

The British royal family should stage an "intervention" for Prince Harry while he is in the UK to "de-programme" him away from his US wife's cult — so say Twitter users.

Harry, the Duke of Sussex, has flown to the UK to attend his grandfather Prince Philip's funeral at Windsor Castle on Saturday.

But his American wife Meghan Markle, who accused 'The Firm' of mistreating her following their marriage in 2018, has remained at their $15-million California mansion as she is pregnant with the couple's second child.

Mononymous media provocateur Lionel encouraged the trend with a tweet early this week, speculating that "Ginger" might be grabbed by the UK's counter-espionage service for a classic cult-victim "deprogramming".

​Other users openly wished for an "intervention" to get Harry away from his "abusive relationship" with the Duchess — following his collaboration in her marathon two-hour TV interview with talk show host Oprah Winfrey.

© REUTERS / Damir Sagolj
Meghan and Harry's 'Epic Love Story Won't Have Happy Ending', TV Presenter Warns
Markle provoked a public backlash in the UK when she made a string of contentious allegations about the Windsors to Oprah — including that palace life almost drove her to suicide but she was forbidden to seek psychiatric help — with Harry beside her to back her up.

The Duke of Edinburgh's death mere weeks later has compounded that ill-feeling towards the couple, who sensationally quit their royal duties in 2020 after a series of rumoured spats with Harry's brother Prince William and sister-in-law Kate Middleton, the Duchess of Cambridge.

His claim that the British media was "racist" drew a sharp response from the Society of Editors, but not until former Daily Mirror editor Piers Morgan was sacked from ITV's Good Morning Britain for his scepticism of Markle's suicide claim.