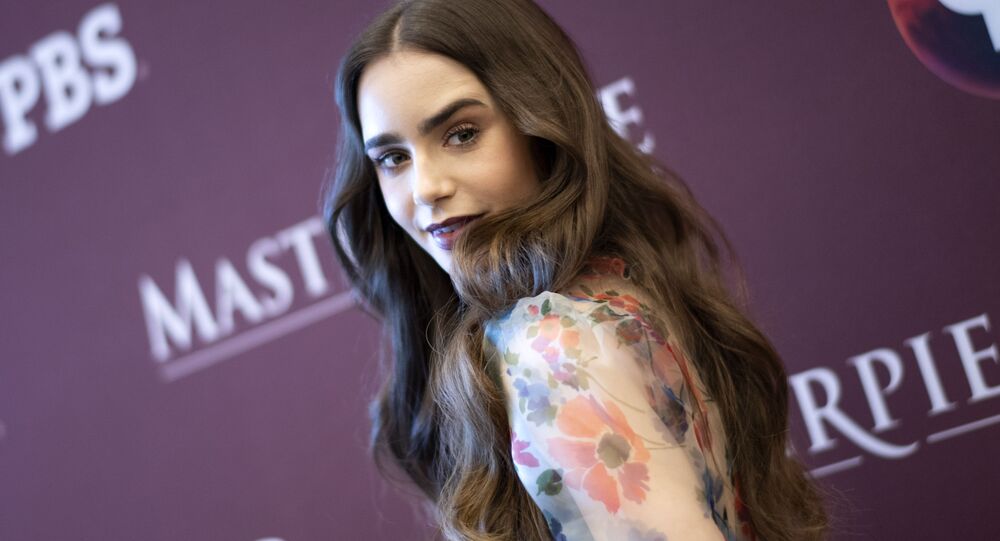 Many social media users who targeted Collins are distressed that Michaela Coel, the star of BBC drama I May Destroy You, was ignored by the Golden Globe organizers.

British actress Lily Collins, star of Emily In Paris, has faced an avalanche of angry netizens who claim she was nominated for a Golden Globe because of her skin color and pop star father Phil Collins.

Many users also took to criticize the Golden Globes for overlooking black actress Michaela Coel, who starred in the BBC's I May Destroy You. The drama also did not receive any nominations, while Netflix's Emily In Paris did - for Best Comedy Series.

Many called it a representation of white supremacy, while some suggested Collins had "paid" to be shortlisted.

if you don't think white supremacy is real, emily in paris is nominated for a golden globe.

“What people don’t understand about racism is that it’s not a by-product. The globes panel didn’t nominate I May Destroy You because they didn’t think it was good because Michaela is black and thought Emily In Paris was good because Lily Collins is white. They KNOW which was better!,” one user said.

Lily Collins being here is pure nepotism and racism https://t.co/cpJcigPJmh

Michaela coel, one of many who didn’t make the golden globes. But the awful Emily in Paris series made it? YIKES. No thanks Lily Collins

Still, there were those who supported choosing Collins for the nomination, saying it was not a racial issue, or the clout of her father, but rather her talent. Someone even noted Collins and Cole were not competing with each other because their shows are in two different categories.

Lily Collins ⁦@lilycollins⁩ well deserved Golden Globe has nothing to do with being white or having a famous dad. She’s hard working, funny and endearing in Emily in Paris. Michaela’s time will come but don’t take anything from Lily #emilyinparis #michaelacoel #goldenglobes pic.twitter.com/kR1LOxlPuY

People are saying Michaela Coel didn’t get nominated because she’s black. The irony is Lily Collins and Michaela Coel are not vying for the same prize anyway. Emily In Paris is eligible in the comedy category while I May Destroy You falls under the drama section.

Deborah Copaken, a writer for Emily In Paris, took to Twitter to say that despite being a writer on Netflix's show, I May Destroy You was her favorite, and she was shocked it was not among the Golden Globe nominations.

Last year, amid George Floyd protests against racism and police brutality in the United States, Collins actually showed her support for the BLM movement: “I am white, I am privileged. I will never experience what black people in America go through every single day, but I am listening and I am learning.”

She is also an ambassador for the anti-bullying organization Bystander Revolution.