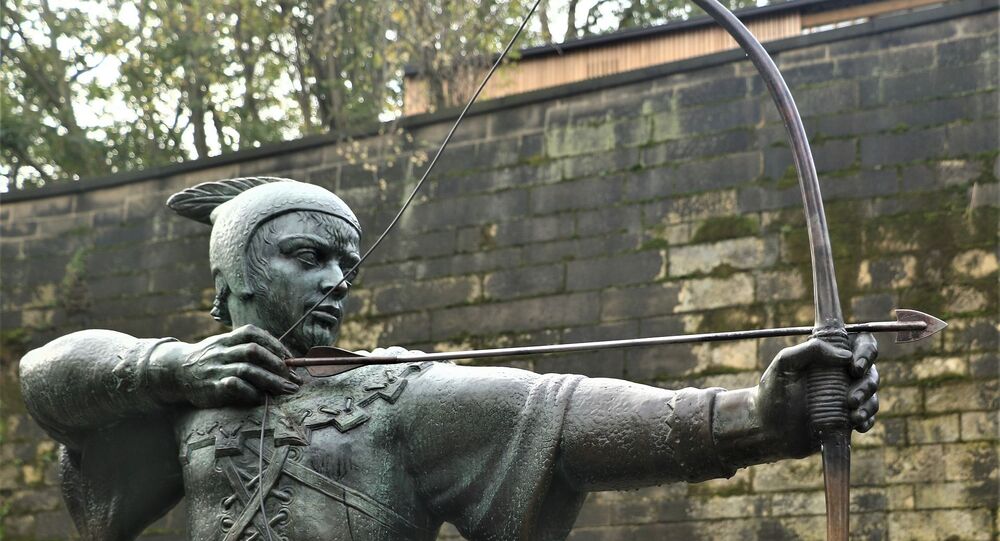 An account on Twitter dedicated to a character of English folklore who robbed the rich in order to give their money to the poor previously had fewer than 400 followers. The owner of the account recently tweeted that it had exceeded the daily limit for new followers.

Over 40,000 users have followed the @Robinhood account on Twitter, thinking they would learn how to trade stocks. The application has been used by a group of amateur investors on Reddit, who appear to have outsmarted Wall Street hedge funds. However, those who joined @Robinhood on Twitter didn’t know that the account is in fact dedicated to the legendary outlaw Robin Hood from Nottingham.

Lovely to have all these new followers .. can we just check that you know that you’re following The World Wide Robin Hood Society in Nottingham and not the Robin Hood App .. if so .. a big welcome from Sherwood 🙌

​Some users even asked for a piece of advice about which shares to buy.

Got any stock tips?

We only know about the old fashioned stocks I’m afraid

​Those who realised they had made a mistake started asking "the archer" for other tips.

how about some arrow tips instead

Great, can we get your assistance in tying the other Robin hood to a wooden stake to throw rotten fruit at?

​Some even quizzed him about his private life…

Hi Robin. How’s relations with the sheriff these days? Also you got a pic of Maid Marrion you can share 😉

​Other users were happy that Nottingham was receiving due attention.

I live in Robin Hood country in Nottinghamshire UK. It’s great we are being noticed. The city of Nottingham is a great place to visit and you will be sure to get a good cup of tea. The nightlife is great in the city and the surrounding countryside is beautiful.

​The owner of the account then posted a statement saying that the page had exceeded Twitter’s limit. At the moment of writing, it has 45,500 followers.

I think we may have just broken Twitter! It’s saying rate limit exceeded. What a day!! We will return 🏹

​The community asked social media users for help to spread word about the famous folklore character.

It’s all good!! Helps us to spread the word about the REAL Robin Hood, here in Nottingham, England 🏹🏹 https://t.co/PufQoPJ9FP