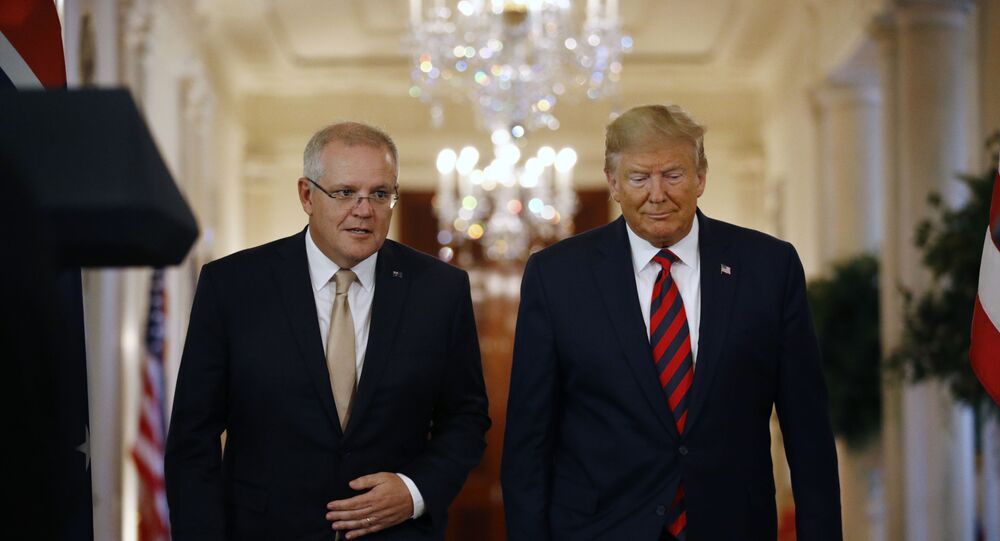 While quite a few social media users voiced their displeasure with the ALP's stunt, there were also those who saved their harsh words for Scott Morrison instead.

As supporters of US President Donald Trump stormed the Capitol building in Washington, DC, where Joe Biden's victory in the 2020 presidential election was being certified, the Australian Labor Party (ALP) used POTUS' image to bash Australia's Prime Minister Scott Morrison on social media.

On 7 January, ALP tweeted a photo of Trump and Morrison standing side-by-side, with the caption: “It's the company you keep.”

It's the company you keep. pic.twitter.com/nAOaNWnMSF

​The tweet comes as a number of world leaders and prominent political figures condemned the storming of the Capitol.

The ALP tweet, however, ended up eliciting a backlash online, while some users arguing that photo ops like the one featured in the tweet are nothing out of the ordinary.

So the ALP would not engage positively with the US President if they disapprove of his politics?

Every PM has had a photo-op with the US president for the past 60 years - if Bill had won, it would be Bill in this photo. Why are you trying to import American division here? Aren't you meant to be the party of uniting Australia?

This is a cheap shot, coming from an ALP voter. By definition the PM should be looking out for the country and given that the U.S. Is so important to Aus it would be irresponsible for the PM to not try and maintain a good relationship - even with someone as abhorrent as Trump.

This tweet is really unfair. Even when I am a labor party's member I can see there is a huge difference between Trump and Morrison. Morrison has never instigate racism and violence against the parliament.

​There were also those, however, who reserved their criticism for Morrison instead.

Run with this type of stuff, and you're more likely to be elected next time

Remind people over and over that Morrison consorts with fascists#auspol