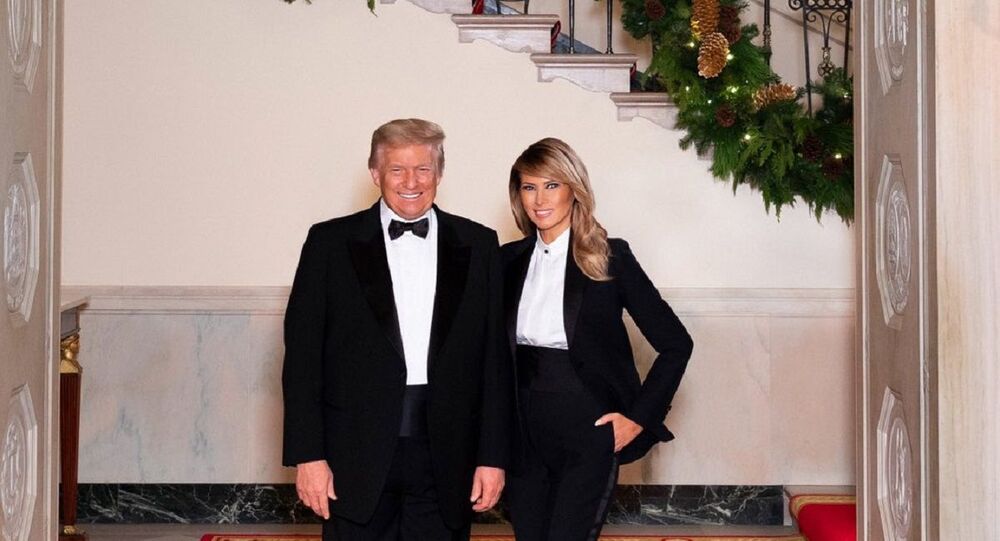 This Christmas will be the final one for Donald Trump and his wife Melania in their capacities as president and first lady, as in just about a month Joe Biden is expected to assume the office after having won the Electoral College vote.

US President Donald Trump and his wife First Lady Melania have posed for their Christmas portrait, which could have gone unnoticed as simply a regular official photo if it weren't for the fashion choice the couple went for.

While the president wore quite a traditional black and white tuxedo with a bowtie, it was the first lady's outfit that caught everyone's attention as the FLOTUS donned a matching elegant black and white tux complemented by black stilettos.

Melania shared the portrait on her Twitter feed and the reactions were not long in coming. Most commenters praised the first lady's class and grace and asked the obviously vital question - who wore it better?

​Naturally, not everyone was pleased with the photoshoot - or rather the people present in the photo - while some Twitter users went as far as to raise doubts whether the couple was even there for the shoot, suggesting that the photo was actually photoshopped.

Others were "very kind" to remind the first lady about some of her past fashion choices, while also sharing leaked audio ostensibly capturing Melania having a meltdown about her work during the holiday season.

The couple skipped the photoshoot for the official portrait last year, but released photos in previous years.