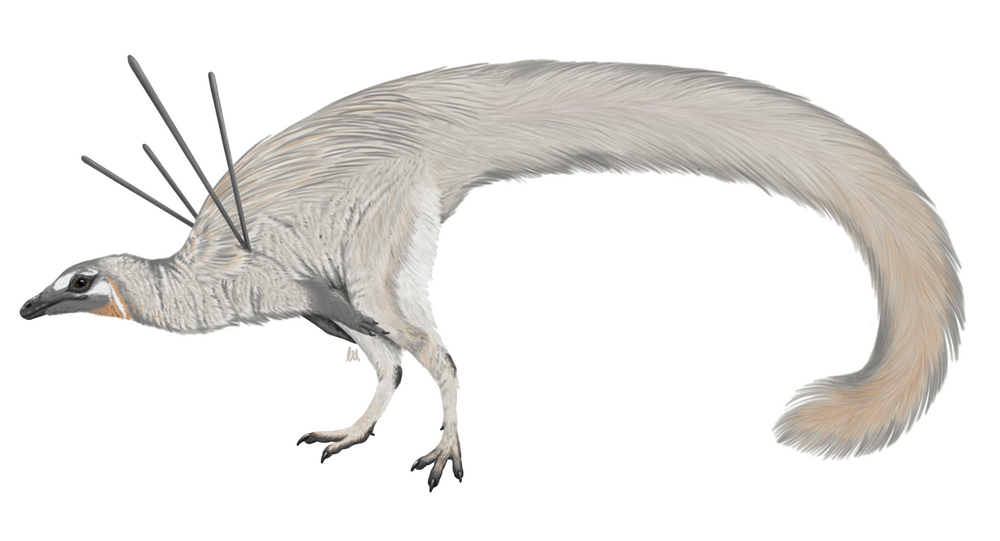 The two-legged creature about a size of a modern chicken lived in the last period of the Mesozoic Era, the Cretaceous period, approximately 110 million years ago, on the soil of ancient supercontinent Gondwana, what is now Brazil. It was carnivore, feeding most likely on insects and small vertebrates.

This year, an international group of paleontologists studied a fossil dinosaur skeleton that looked ordinary at first, resembling many small dinosaurs from the preceding Jurassic period.

But as scientists continued to research the fossil, they found out that this prehistoric creature, called Ubirajara jubatus, had a mane of hair-like structures while also absolutely unique 15 centimetre (5.9 in) long, stiff, ribbon-like structures, projected from its sides, the Guardian reported Tuesday.

According to the research published in the journal Cretaceous Research, scientists suppose those structures were probably made of keratin, just like our own hair and fingernails, sticking from its shoulders. The researchers gave the fossil a distinct genus.

"There are plenty of other strange dinosaurs, but this one is unlike any of them," the newspaper quotes David Martill, a paleobiology professor at the University of Portsmouth in England, one of the study leaders.

As scientists clarify that Ubirajara’s hair was nothing like the actual hair that is an exclusive feature of mammals. Its hair-like structures appear to be a rudimentary form of feathers called protofeathers.

Bizarre dinosaur had a mane of fur and rods on its shoulders https://t.co/WI5yRQcVP5 pic.twitter.com/s49muAogdQ

It is a well known fact that many dinosaurs had feathers. Modern birds evolved from small dinosaurs covered in feathers about 150 million years ago.

“Likely from a distance it looked hairy rather than feathery,” Martill said. “Likely it had hair-like protofeathers over much of its body but they are only preserved along its neck, back and arms. The ones on its back are very long and give it a sort of mane that is unique for dinosaurs.“

Research suggests the 15 centimetre structures on its sides may have been used for display, possibly to attract mates or intimidate adversaries or in inter-male rivalry, Martill added. Possibly such features were used by male species, like they are used by contemporary peacocks' tail feathers.

“The ribbons that seem to come from the shoulders are like nothing I have seen in nature before,” Martill said.

The fossil was discovered in the famous Crato Formation in Northern Brasil, and its the only known specie of the Ubirajara genus.