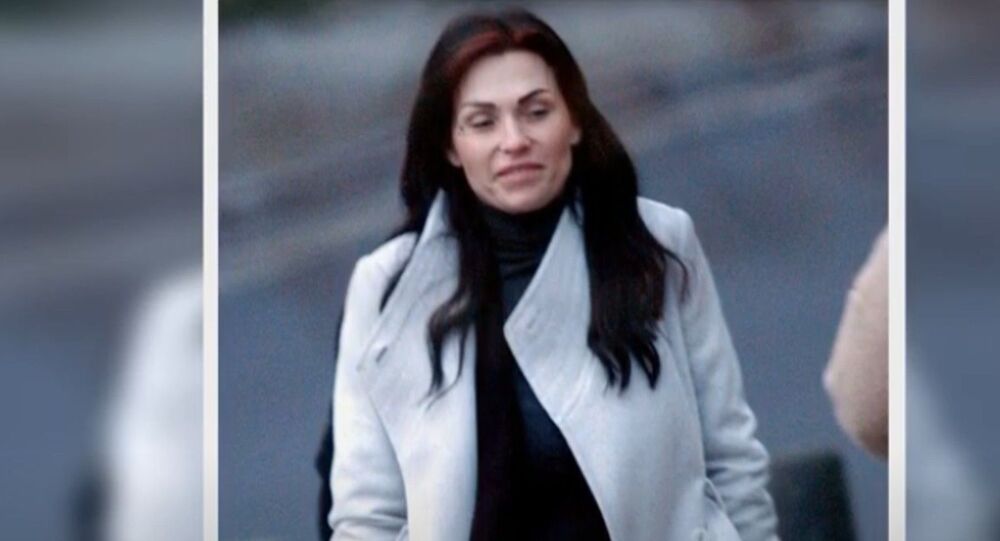 A majority male jury found the 32-year-old woman "not guilty" of knowingly having sex with an underage teenager. While the mother of three did have sex with the 14-year-old boy, the defense successfully argued the teen's falsified date of birth on social media was indicative of his propensity to lie about his age.

Teah Vincent, the Gloucestershire mother who recently appeared in Gloucester Crown Court over child sex allegations, revealed to her Instagram followers that she may soon cash in on her salacious public image via OnlyFans, a subscription-based platform that primarily features amateur adult content.

"I’m thinking about doing an OnlyFans account," she floated in an emotional video post. "People already hate me, so not much to lose."

The 32-year-old has used social media to document the "s****y two-year nightmare" that has resulted from her October 21, 2018, encounter with a boy she allegedly believed was over the age of 16.

Prosecutor Christopher Smyth told the court that Vincent began her predatory encounter by offering two teen boys water following an afternoon of recreational football, The Sun reported. After arriving at her home nearby, the woman quickly came on to the younger teen, who allegedly told the mother of three that he was only 14 and still in school.

Smyth asserted the underage boy "had a strong feeling that the situation was not right," as Vincent was "more than twice his age."

“In the end he pushed her off, got dressed and fled downstairs. The victim’s friend said that he'd heard sexual sounds coming down the stairs," he detailed. "He felt awkward and he left the house for a short while before returning. He said that he felt his friend had been an idiot."

“It didn’t occur to me that he might be underage,” the 32-year-old told the court, as reported by The Mirror. “He definitely didn’t tell me he was in Year 9, or that he was only 14, before we had sex.”

Vincent claimed she "didn't force" the teen to have sex, although she did initiate the sexual encounter. After the act, the two engaged in casual banter that quickly let the 32-year-old know "he was not in the sixth form" and was actually only 14 years old.

“I think he panicked when he revealed his age being 14 ... I’m angry with myself and I am angry with them for lying about their ages," Vincent claimed. “If I had known the truth at the time I wouldn’t be here in court now.”

Vincent was arrested on October 26, 2018, not even a week after the incident.

“Can you be sure he told her he was 14 before they had sex or had he lied about his age?" Vincent's attorney Catherine Flint asked the jury of eight men and four women. "You’d be hard-pressed to find a young teenager who doesn’t wish they were a few years older."

The defense team bolstered their argument with the teen's Facebook profile, which used a fake date of birth to make him appear "much older" than 14 years old, according to The Sun.

During closing arguments, Flint informed the jury that they must put aside their personal feelings of whether the 32-year-old's behavior was "morally questionable" and instead focus on the facts of the encounter.

“Your role is not to make moral judgments, but to decide if she broke the law,” the attorney stated.

Jurors deliberated 64 minutes before clearing Vincent of the underage sex crime. A number of netizens have denounced the ruling as sexist and unfair toward male survivors of sexual violence.

Teah Vincent should be in jail.

Let me fix it for you:
"Mum, 32, who raped 14-year-old boy cleared of knowing he was underage

Mum-of-three Teah Vincent admitted she raped the teenager at her home but told the court she believed he was over 16 at the time" https://t.co/2vMW4PmV67

“The fact is I’ve been acquitted by a jury and people need to respect that. It’s time for me to try and rebuild my life and just get on with it," the mother of three said on Facebook, as reported by the New York Post.

Despite the court decision falling in her favor, Vincent says the viral incident has "wrecked" her life and any chances she once had at a career.

At the same time, OnlyFans may be a profitable pursuit for Vincent, as the website has proven to be a lucrative platform for solo adult content creators. Not to mention, the platform is responsible for age verification, which - as far as sex goes - would take a lot of pressure off the 32-year-old.

OnlyFans has received a massive boom in traffic within the past year, producing a community of 85 million users and more than a million content creators. The subscription-based platform has seen an estimated $2 billion in sales amid the global COVID-19 pandemic, according to Bloomberg.

OnlyFans is projected to see $400 million in annual net sales this year while dwarfing subscription platform competitors like Patreon, a site valued at $1.2 billion and geared toward creatives seeking to monetize their work.

Ummm I did not know my onlyfans was charging ten dollars ...I’m bringing it down to 4.99.Ya spend too much on vinyls and my merch coming next week

​While Vincent's potential revenue is unlikely to rival celebrity juggernauts like Cardi B and Bella Thorne, the 32-year-old's notoriety would likely translate to greater exposure and more subscribers, giving her a leg-up against other amateur content creators.