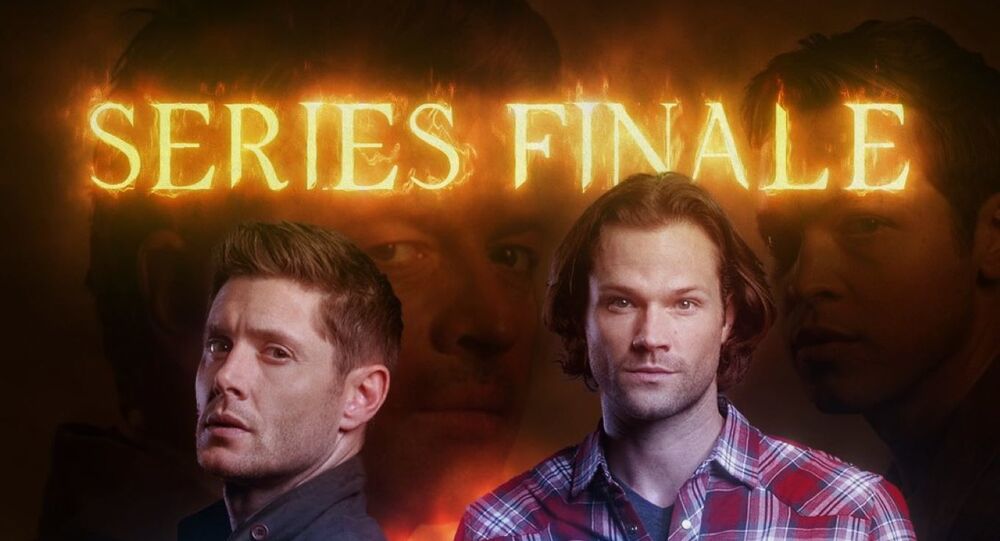 Supernatural is an American television series about the Winchester brothers and their attempts to fight evil paranormal beings that roam the earth. The show has been running for 15 years, with its first episode broadcast 13 September, 2005.

The final season of the show ends with a special two-hour episode titled "Carry On" and fans, referred to as the SPNFamily, are showing their love on social media.

On this bittersweet day they expressed appreciation for the adventure that the show had taken them on. #ThankYouSupernatural was chosen as the hashtag signifying the approaching end of the long journey.​

“the point is that they were here at all, and you got to know them. and when they’re gone, it will hurt. but that hurt will remind you how much you loved them.” #Supernatural #ThankYouSupernatural pic.twitter.com/JC64LPYz8n

how lucky i was having something that makes saying goodbye so hard.#thankyousupernatural 🥺💞 pic.twitter.com/mZkZXIXOdi

I found #Supernatural during the darkest part of my life. To say it saved my life is an understatement. Not only did it begin an unhealthy obsession/ collection, but it gave me a new, beautiful family. I love you all so much. ❤️#SPNFamilyForever #ThankYouSupernatural pic.twitter.com/MgqTu1WGwY

Some Twitterians took their time to prepare for this evening.

I love this show to pieces, ups and downs, and it's meant to much to me in a bunch of different ways. I've got several kleenex boxes ready for tonight as I get ready to say goodbye. ❤ Thank you most of all for Dean & Sam. #AKF #ThankYouSupernatural pic.twitter.com/ven1xMjh4P

The creator of the show, Eric Kirpke, and a starring actor, Jared Padalecki, shared their gratitude to the project family and fans anticipating the last episode.

If anybody else out there ALSO had a difficult time sleeping last night, I just wanna send some love and some hugs. From afar. Tonight’s gonna be a doozy. #SPNFamilyForever #SupernaturalFinale #akf

I found my earliest #SPN notes. The start of the road as we reach the end. But nothing really ends. We're dragon slayers & gunslingers & we'll take care of each other, #SPNFamilyForever. Thanks for riding along. Driver picks music, shotgun shuts his cake hole. Love & thanks. pic.twitter.com/qVjj2Oy45V

Misha Collins, who played the role of the angel Castiel, posted a recap of all 326 episodes of the CW television series, adding "Everything is making me cry today".

Earlier, during an interview with Collider, Padalecki shared how he thought fans would react to the series wrapping up, saying: " No one’s going to be happy with an end. I’m not gonna be ‘happy,’ but I’m very pleased, as a part of the show, that it seems to be doing what it’s doing".

The longest-running supernatural show was originally intended to end in May 2020, but production delays amid the COVID-19 pandemic caused the series finale to air on 19 November, 2020. Over the 15 years that the series has been broadcast it has become one of the most popular TV shows, mainly because a lovable Sam and Dean brothers' duo, along with the angel Castiel, seasons diversity, and the fact that the show managed to be scary and funny at the same time.

Netflix Just Got Cooler: Beckhams to Reportedly Reveal 'Unknown' Side of Their Lives in Series