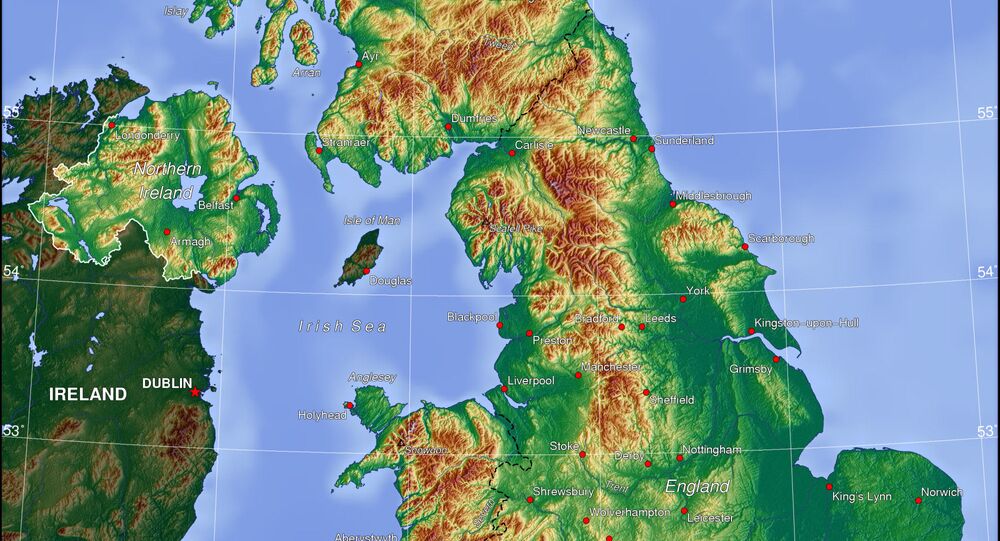 The issue of a united Ireland is a very sensitive one for the United Kingdom. More than 30,000 people were injured and some 3,600 were killed in the violent sectarian conflict dubbed the Troubles between unionists, who wished that Northern Ireland remain part of the UK, and republicans, who wanted it to become part of the Republic of Ireland.

2020 continues to surprise us, as Northern Ireland has ceased to be part of the United Kingdom and has united with the Republic of Ireland… well, at least that's what the e-commerce giant Amazon seemed to think. The company has become the butt of jokes after its service told a customer named Chris Jones from Ballyclare in Northern Ireland that he couldn’t watch a rugby game between England and Georgia because the service was available only in the United Kingdom.

Thank you for that information. We apologize but upon reviewing your location you're in Northern Ireland. Rugby Autumn Nations Cup coverage is exclusively available to Prime members based in the UK. We don't have the rights to other territories. ^RS

​The man tried to improve Amazon’s understanding of geography, but to no avail.

Many apologies but, we don't have the broadcast rights for Ireland or other territories. ^RS

​​The company’s customer service remained unfazed even after its post went viral and it was flooded with comments saying that Northern Ireland is part of the United Kingdom.

Thank you for reaching out to us. We'll be sure to pass your feedback along to the appropriate team. ^DR

​Social media users competed in wit when commenting on the news.

I ordered a United Ireland for Christmas on Amazon and its arrived already. Great service tbf https://t.co/N5P6gH2QyJ

Thankyou to Amazon for declaring a United Ireland and thereby solving all our Northern Ireland border problems after Brexit. https://t.co/swm4C0A82y

​Some users joked that Amazon had become extremely powerful.

​Supporters of a united Ireland praised the e-commerce giant’s gaffe.

Amazon showing their support for a United Ireland #respect https://t.co/2LPkYOLqaV

​Users in Scotland, where support for independence from the United Kingdom has increased in recent years, asked the company to "help" them too.

​Other users criticised the customer service for the poor knowledge of geography and tried to imagine what the person who wrote the post might look like.

So does this mean the folks at Amazon have taken basic lessons in history and geography, and thus know Northern Ireland is in the UK? Or do they think the USSR exists, Istanbul is called Constantinople, and the United States and Canada are under British rule?

Amazon customer services team about to release Statement to a Sovereign Ireland pic.twitter.com/0swmohKCCI

​Tens of thousands of sarcastic comments later, Amazon apologised for "the error in our colleague’s response".

We apologise for the error in our colleague’s response. Our Prime Video subscribers in Northern Ireland and the rest of the UK can access and watch the Rugby Autumn Nations Cup on Prime Video as part of their subscription.