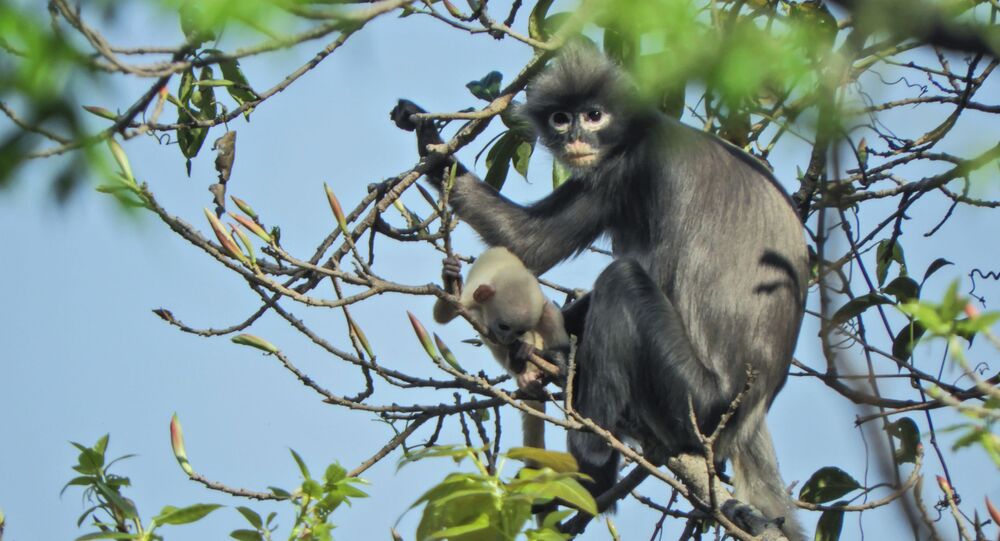 No Rest for the Weary: New Species of Primate Gets Discovered, Already Faces Extinction

Hints of the reclusive primates' existence emerged after a genetic analysis of specimens collected over a century ago and stored at the London Natural History Museum.

A newly identified species of primate found living in the forests of central Myanmar is already facing the prospect of going extinct.

According to a new study published in Zoological Research, the primate in question, Popa langur, "has been around for at least a million years", as AFP put it, but only about 200 to 250 specimens are left today.

The study has established that Popa langur is threatened by "hunting, habitat loss, degradation, fragmentation caused by agricultural encroachment, and illegal or unsustainable timber extraction" throughout its range of habitation.

The first evidence of the primate's existence has apparently emerged during a genetic analysis at the London Natural History Museum where it was determined that specimens collected over a century ago were "something new”.

The samples of Popa feces collected by Momberg and his colleagues were found matching those in the museum, and in 2018 these "reclusive monkeys" were finally captured on film.

"Additional field surveys and protection measures are urgently required and will be conducted by FFI and others to save the langurs from extinction," Ngwe Lwin, a primatologist with FFI's Myanmar program, remarked.