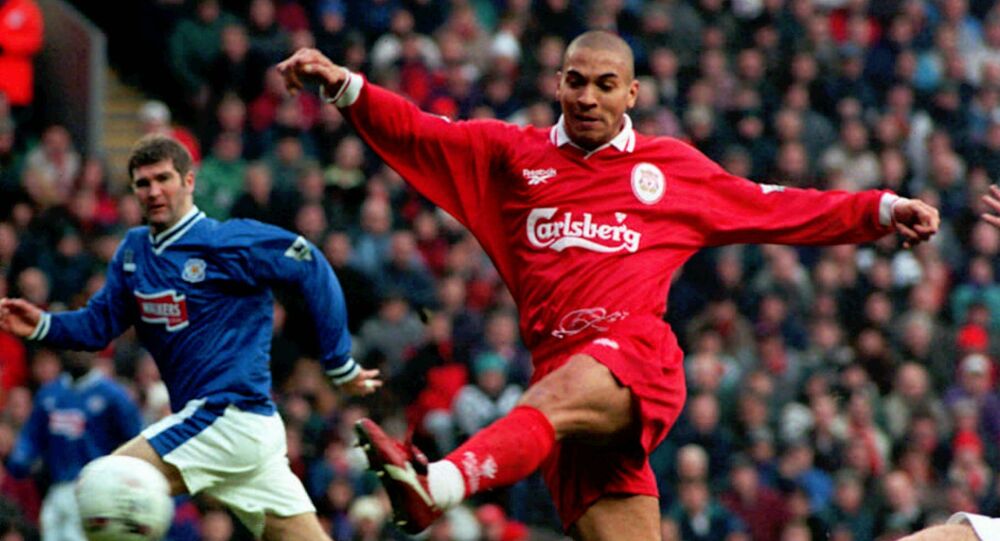 US pharmaceutical giant Pfizer has claimed its experimental coronavirus vaccine is more than 90 per cent effective in producing immunity in test subjects. But former England international footballer Stan Collymore said he would rather wait for a sure-fire jab.

Collymore, a former England international who played club football for Liverpool and Aston Villa, expressed his scepticism via Twitter on Monday over claims an an experimental vaccine developed by US firm Pfizer and Germany's BioNTech could be approved for use by next month. That was after promising trials on human subjects showed the vaccine was was safe although it failed to produce immunity in 10 per cent of recipients.

The "vaccine candidate was found to be more than 90 per cent effective in preventing COVID-19 in participants without evidence of prior SARS-CoV-2 infection in the first interim efficacy analysis", Pfizer said in a press release.

When accused by other Twitter users of being an 'anti-vaxxer', Collymore hit back, true to form.

Global markets rose on Monday on the news of the vaccine trials, underlining how much store has been placed in finding a way to halt the coronavirus pandemic. The S&P 500 was up 3.3 per cent in afternoon trading, while the Dow Jones Industrial Average gained more than 1,300 points. Pfizer shares jumped more than 11 per cent. Other vaccine stocks were up as well.

© Sputnik / Georgy Zimarev
Global #SputnikV COVID-19 Vaccine Campaign Goes Live on Social Media
Georgetown University's Dr Jesse Goodman of Georgetown University, former chief of the US Food and Drug Administrations' vaccine division, called the trial "extremely promising." But he said many questions remained to be answered, including how long the vaccine grants immunity for and whether it protects the elderly as well as young people.
...
Reddit
Google+
Blogger
Pinterest
StumbleUpon
Telegram
WhatsApp
52