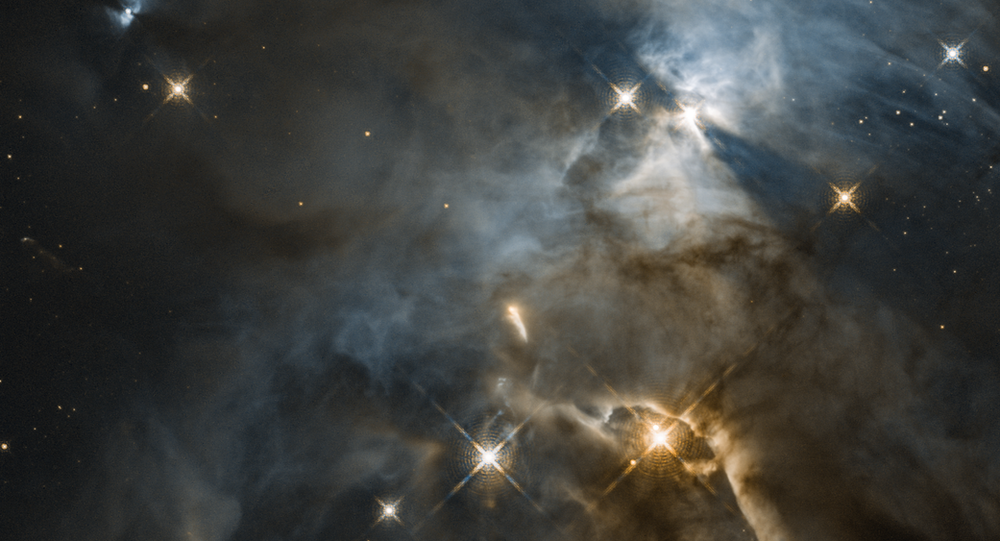 Joining the bandwagon in celebrating the spooky holiday of Halloween, the US National Aeronautics and Space Administration (NASA) has released pictures of cosmic findings in space called the "Bat Shadow", "Cosmic Candy", and "Sinister Sounds of the Solar System".

The extravaganza was just in time for Halloween as NASA's Hubble telescope spotted an eerie shadow of a giant jack-o'-lantern hanging in the glittering sky.

Glowing in orange hues, the giant pumpkin with two glowing eyes and crooked carved smile is a snapshot of the early stages of a collision between two galaxies, said NASA.

Two glowing eyes, and a crooked, carved smile… 🎃 Hubble’s special Halloween image of colliding galaxies is sure to give you a fright. Take a closer look, if you dare! For more about the image, check out the link in our bio! #NASAHalloween #Halloween  #NASA #Hubble #space #science #pumpkin #astronomy #telescope

"The entire view is nearly 109,000 light-years across, approximately the diameter of our Milky Way", it said.

NASA explained that the orange glow of the formation is due to ageing red stars in two galaxies and sinister blue smile is due to "newborn star clusters".

For the bright eyes, researchers explained it as a concentration of stars around a pair of supermassive black holes.

Galaxies lose their spiral shape when they collide in the universe and take the form of a football, creating an elliptical galaxy. The scientists believe that this may result in the construction of a bigger spiral galaxy.

Last week, NASA also released videos and pictures of out-of-this-world entries for Halloween decorations, showing the shadow of a giant cosmic bat and a piece of cosmic candy.

While the bat was formed due to a planet pulling on the disk and warping it, the cosmic candy was actually the "outer layers of a dying Sun-like star".

The universe has bats in the attic! 🦇@NASAHubble spotted the shadow of a giant cosmic bat. Disks of gas and dust surround newborn stars like the one at the center of the bat. Studying the shadows they cast can clue us in to the disk’s size and density. https://t.co/wziDT5Hb3B pic.twitter.com/6k9NAOQxgL

It wouldn’t be Halloween without treats! 🍬 @NASAHubble spotted this piece of cosmic candy, which is actually the outer layers of a dying Sun-like star. Read more here: https://t.co/wvNFsZmogo #NASAHalloween pic.twitter.com/POx03xfU3v

​On Wednesday, NASA dropped its latest mixtape, entitled "Sinister Sounds of the Solar System", on audio distribution website SoundCloud, offering interested listeners a chance to hear data converted into audio after being recorded by a variety of instruments.