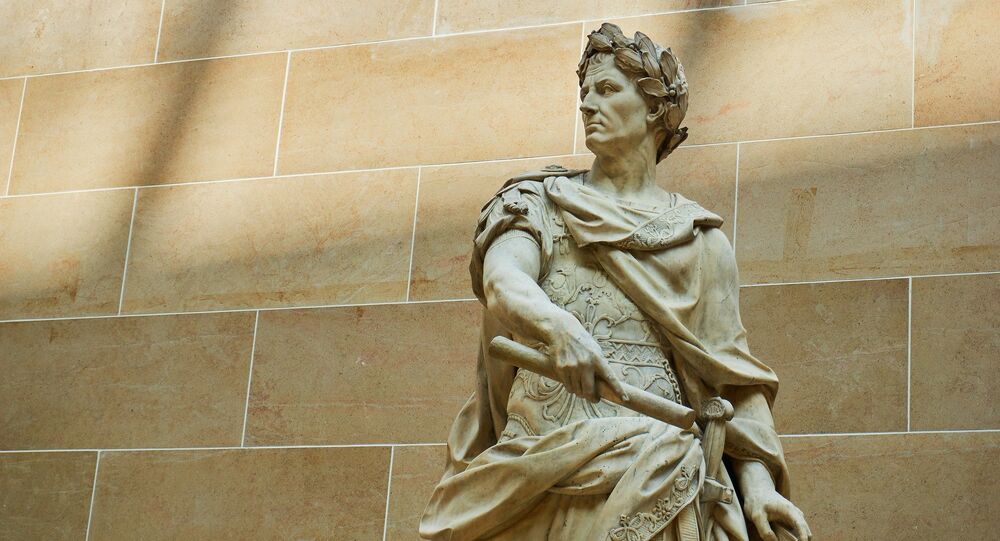 MOSCOW (Sputnik) – The rare Roman golden coin, minted by Marcus Junius Brutus to commemorate the assassination of Julius Caesar, has been sold in the United Kingdom for 2.7 million pounds (about $3.5 million), the Roma Numismatics auction house said.

The coin was minted in 42 BC, two years after the assassination of Caesar. Brutus, who was one of Caesar’s murderers, is depicted on the one side of the coin; while two daggers, an ancient Roman hat called a pileus and the date of Caesar’s killing – the Ides of March, or March 15 – are the other side.

The UK's auction house for ancient coins published the lot photo on its Facebook page.

The coin belonged to the 19th-century collection of Swiss archaeologist Gustave Charles Ferdinand von Bonstetten, the chamberlain of Austrian Emperor Ferdinand I.

© CC0
The Curse of Pompeii: Artefacts From 'Land of Destruction' Brought 'Bad Luck', Tourist Claims
According to Roma Numismatics, there are only three gold coins and 88 silver ones minted to commemorate the assassination of Caesar. One of the other gold coins belongs to the British Museum, while the third one belongs to the Deutsche Bundesbank collection.

In 49 BC, Caesar crossed the Rubicon River saying “The die is cast!”, which meant the eruption of the Civil War, which ended with the victory of Caesar in 45 BC after the Battle for Munda and the usurpation of power by him.

A year later, Caesar was killed by a group of senators led by Gaius Cassius Longinus and Brutus. According to some chronicles, before his death, Caesar said the phrase "And you, Brutus?", referring to his friendly relations with the assassin.

The death of Caesar triggered a new civil war that ended with the defeat of the conspirators at the Battle of Philippi.