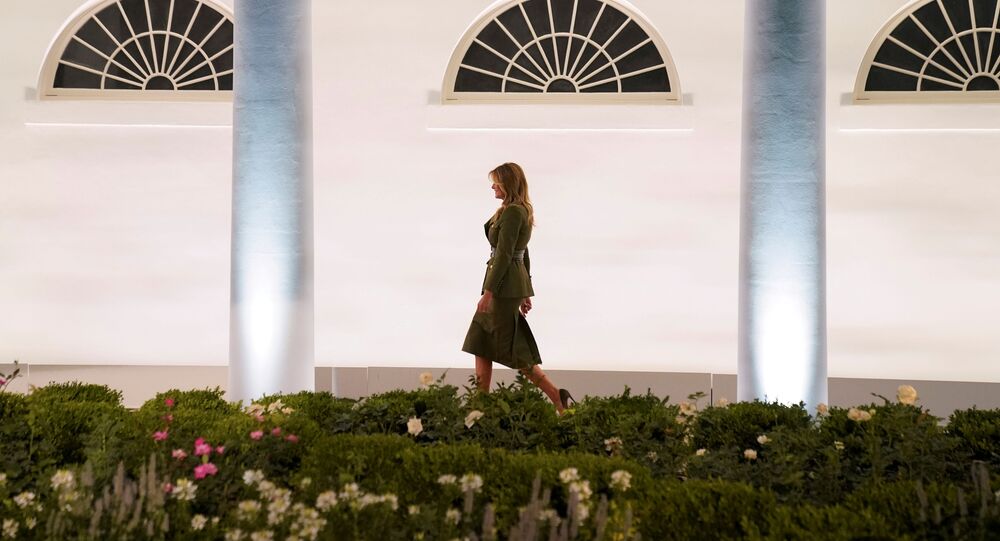 “Yeah, I'm still pissed about the Rose Garden. And this isn't helping,” another added.

“Just 3 weeks after Melania ruined the White House Rose Garden it is already undergoing emergency repairs. I feel like this is a metaphor,” a third chimed in.

​A source with knowledge of the matter recently told CNN that the garden is already under repair and is having “issues with water drainage” and “some minor complications with updated construction.” In addition, new sod is being laid down in the garden.

With US President Donald Trump having held a Monday news conference in the White House’s North Portico, a source told CNN that hosting reporters at the Rose Garden in its current state “would not be doable.”

The first lady announced that she was doing a complete design overhaul of the Rose Garden in late July. The renovation included changes to plants, trees, grass and flowers and also involved adding new limestone paths, as well as updated drainage and irrigation systems and underground electrical cables.

Melania’s gardening efforts drew widespread criticism after claims surfaced that the first lady had reportedly removed the cherry trees and roses that had been planted in 1962 at the direction of then-first lady Jacqueline Kennedy. However, that is not the case, as many mistook the removal of crabapple trees for the famous cherry trees.

It’s worth noting that even the crabapple trees were not chopped down. Instead, they were relocated to be planted elsewhere.

"I normally think Melania has impeccable taste – but removing Jackie O's rose garden and all the beautiful flowers and color for whatever reason I find really upsetting not to mention not nearly as beautiful," American columnist Meghan McCain, daughter of the late US Senator John McCain, tweeted in August.

"Not everything historical is meant to be redone."