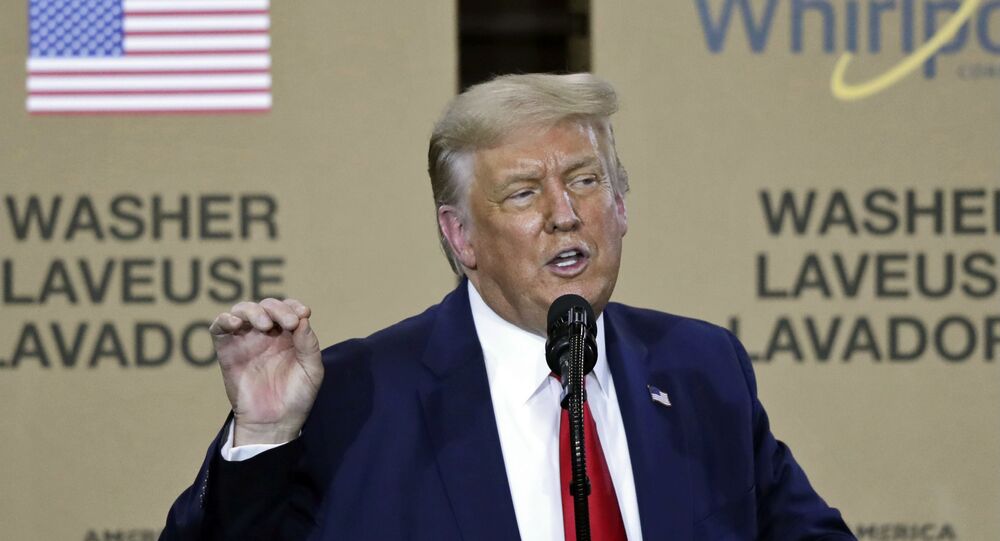 Netizens quickly fired off their reactions on Twitter Thursday after US President Donald Trump mispronounced “Thailand” as “Thighland” during a talk about revitalizing US manufacturing at the Whirlpool factory in Clyde, Ohio.

“In 2017 Whirlpool won relief from the ITC [US International Trade Commission] once again. Once more, your foreign competitors moved their factories to prevent a level playing field, and to avoid liability … Shifting production to Thighland, and to Vietnam,” Trump said, before pausing and correcting his pronunciation of Thailand’s name.

​Twitter users wasted no time in reacting to Trump’s blunder.

​“This one has pushed me over the edge... I can't keep laughing like this. My gut hurts! I'm splitting my sides laughing at Trump's kooky mispronunciations. But this one hits the wacko hilarity spot... given Thailand's reputation for sex tourism,” one Twitter user wrote.

“He just can't stop thinking about Ghislaine,” another commented, referring to Ghislaine Maxwell, who has been charged with helping facilitate the late convicted sex offender Jeffrey Epstein’s abuse of minors.

Trump’s latest gaffe comes after mispronouncing the name of California’s Yosemite National Park during a Tuesday White House event for his signing of a conservation bill.

"When young Americans experience the breathtaking beauty of the Grand Canyon, when their eyes widen in amazement as Old Faithful bursts into the sky, when they gaze upon Yosemite's - Yosemite's towering sequoias, their love of country grows stronger and they know that every American has truly a duty to preserve this wondrous inheritance," Trump said, pronouncing the park’s name as “Yo-se-might.”

In addition to mispronouncing “Yosemite” and “Thailand,” this latest flub of words follows instances in which Trump appeared to have difficulties pronouncing “China” and “plasma.”

Trump Says Coronavirus Vaccine May Be Possible by Election Day