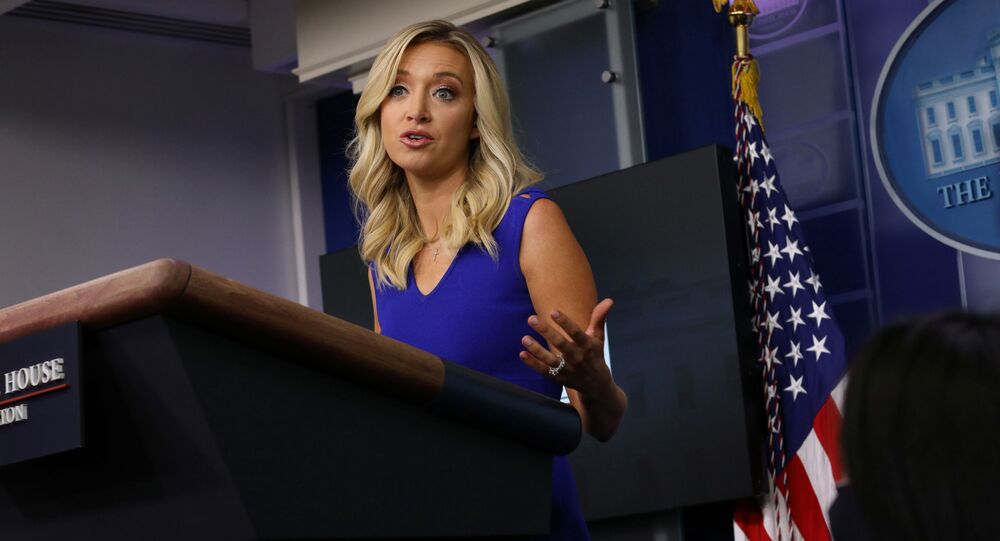 Netizens trolled White House Press Secretary Kayleigh McEnany Friday after the staffer falsely claimed earlier in the day during a briefing that “PAW Patrol,” a popular cartoon show about first responders, was canceled.

"It's really unfortunate, because I stand with, and the president stands with, the 63% of Americans who think police officers are one of the most important jobs in this country,” she added.

However, not too long after McEnany’s ill-informed remarks, the official Twitter account of the beloved “PAW Patrol” show came out and confirmed that the animated program was still alive and well on the Nickelodeon channel.

“No need to worry. PAW Patrol is not canceled,” read the fact-checking tweet.

Within a few moments, netizens were quick to blast McEnany over her public flub.

​​“When PAW Patrol calls you out on your lies, you may have gone too far,” one user commented.

“We all know Kayleigh McEnany is a liar, but lying about Paw Patrol, a cartoon about dogs, is a new low. Please, do NOT stop hounding her about it,” another added.

“Nickelodeon corrects @PressSec, who said earlier from the White House lectern that Paw Patrol had been canceled,” a user also pointed out.

As for plastic brick-focused company Lego, the toy maker previously explained in a June 4 social media post that reports had incorrectly stated police-themed products had been pulled from its lineup.

“To be clear, that is not the case and reports otherwise are false,” the manufacturer added. “Our intention was to temporarily pause digital advertising in response to events in the US. We hope this clears things up.”

McEnany’s latest falsehood is ironic, given that during a news briefing on May 1, she promised she would never lie when Jill Colbin, a White House reporter for the Associated Press, asked her: “Will you pledge never to lie to us from that podium?”

“I will never lie to you. You have my word on that,” McEnany said at the time. She has only been White House press secretary since April 2020.