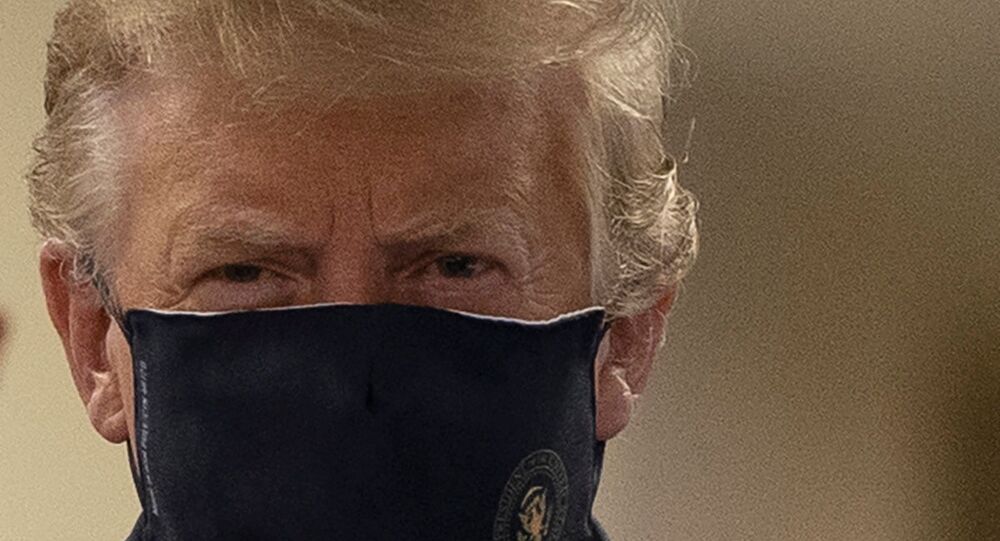 Twitter users chewed out US President Donald Trump on Monday for a post claiming wearing a face mask is “patriotic” after months of slamming the sanitary precaution, which health officials say can stem the spread of COVID-19. Meanwhile, Trump’s poll numbers are falling, and COVID-19 cases are skyrocketing.

“We are United in our effort to defeat the Invisible China Virus, and many people say that it is Patriotic to wear a face mask when you can’t socially distance,” Trump said in a Monday tweet showing him wearing a mask. “There is nobody more Patriotic than me, your favorite President!”

We are United in our effort to defeat the Invisible China Virus, and many people say that it is Patriotic to wear a face mask when you can’t socially distance. There is nobody more Patriotic than me, your favorite President! pic.twitter.com/iQOd1whktN

​Since April, health officials at the US Centers for Disease Control and Prevention (CDC) and the surgeon general have urged the wearing of face masks in public places, revising an earlier policy which had recommended masks only for medical workers and people who were confirmed to have COVID-19. Whether manufactured surgical masks or home-fashioned fabric ones, a barrier over the mouth and nose has been shown to effectively slow the spread of COVID-19, especially in conjunction with social distancing.

However, Trump’s calls have fallen totally flat on the politicos roaming the depths of Twitter, who remember that Trump has belittled reporters and pushed criticism of his election rival, former US Vice President Joe Biden, for wearing a mask. Trump himself was only seen for the first time wearing a face mask in public barely a week ago.

It took three months for you to wear a mask in public after your own CDC recommended it.

You're not leading, you're failing. And it's costing lives.

Moment captured of the actual engineering of this tweet. pic.twitter.com/2Vbz5qUDvf

​Some pointed to the surging US cases of COVID-19 in connection with Trump’s past disdain for masks. According to CDC data, for the last 19 days, the US has recorded more new daily infections than the highest one-day total during the first pandemic wave, with 465,000 new cases in just the last seven days. In all, more than 140,000 Americans have died from COVID-19.

How many thousands of people died unnecessarily because they refused to wear masks in the 4.5 months that you kept telling people not to wear masks? https://t.co/GMStVA4GSY

He's saying this now because there have been massive spikes in red states and his election fortunes is tied to it.

​Others noted Trump’s poll numbers were slipping, too: a new survey published by ABC and the Washington Post shows the Democratic candidate Biden with a 15% lead over the president.

​However, Chen Weihua, a bureau chief for Beijing’s China Daily newspaper, took aim at Trump’s use of the term “China virus” to refer to the novel coronavirus. Chen dropped a laconic “racist” at the president and quipped COVID-19 should really be called the “Trump virus” because of the huge US death toll caused by his policies, including refusing to wear a mask.

It is the Trump Virus that caused the death of 150,000 Americans.

​“You can always count on Americans to do the right thing - after they've tried everything else,” former UK Prime Minister Winston Churchill once quipped. Trump, too, said he would eventually be right, one Twitterer noted.

Well he told Chris Wallace " I will eventually be right "

​Maybe Americans should just be thankful Trump finally put on a mask, after months of letting the mask slip.