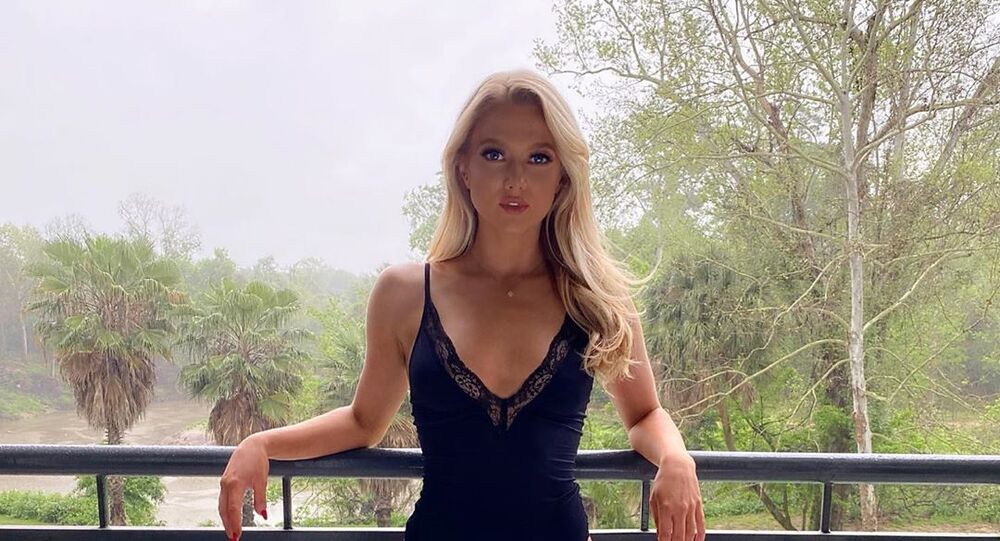 In a now deleted social media post, the model reportedly argued that she is “yet to see hard evidence” that “he was innocent” when he died, adding that Floyd had a criminal record.

Jasmine Archer-Jones, the 23-year old winner of last year's Miss Swimsuit UK competition, has been stripped of her title after openly questioning online the circumstances of George Floyd's tragic death, The Sun reports.

According to the media outlet, in a since-deleted Facebook post, which began with the phrase "Personal opinion! If you don't wanna know, don't read", Jasmine argued that "all lives matter".

"This is ridiculous now. It HAS to STOP. ALL lives matter, if you look deeply into statistics, more UNARMED WHITE people DIED than BLACK last year", she wrote.

Here is a screenshot of her post where she also said "What happened to George Floyd was wrong and unforgivable" pic.twitter.com/jDIWhN4WeH

​Jasmine further argued that while "what happened to George Floyd was wrong and unforgivable, but so is what happens to many other people of different races in similar situations".

She also wrote that she's "yet to see hard evidence" that "he was innocent" when he died, adding that Floyd had a criminal record.

As the media outlet notes, Jasmine has since been "decrowned" by the Miss Swimsuit UK organizers, as she is no longer listed in the Previous Winners category of the pageant’s website.

"Jasmine has tried to sweep it under the carpet and continue on as if nothing has happened but organisers acted quickly to airbrush her from their history", a source told the newspaper.

Many social media users appeared to sympathize with Jasmine, some of them voicing their agreement with at least some of her statements.

Everything jasmine archer-Jones said was true. And wasn't even attacking anybody? Just looking at the facts of a situation

Does punnishing ppl for saying 'All Lives Matter' mean that they now dont anymore ?

There were also those, however, who focused their attention on a particular part of the aforementioned social media post, which they suggested was the real reason why Jasmine lost her title.

I don’t know, guys. I reckon “Miss Swimsuit UK” was probably stripped of her title for that bit later in your article where she tries to justify the method the police used to murder George Floyd. I know that probably gets less ad revenue from outrage clicks though. https://t.co/2LZaHNlrzO