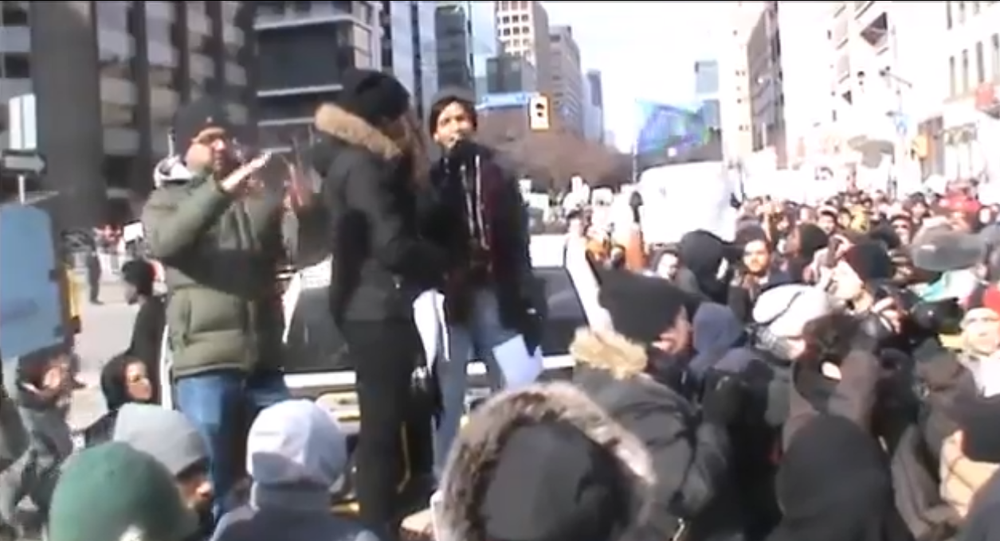 One of the social media posts that was allegedly written by Khogali claims that "white ppl" need white supremacy in order to "protect their survival as a people because all they can do is produce themselves".

According to the media outlet, said remarks were made by Khogali in a post "on what appears to be her Facebook", which went viral after being shared by scholar James Lindsay.

The post in question states that "white ppl are recessive genetic defects", postulating that "white ppl need white supremacy as a mechanism to protect their survival as a people because all they can do is produce themselves".

A charming message from the head of BLM Tornoto, who has been honored (a few years ago) by the city of Ontario for exemplary leadership. pic.twitter.com/AVtj86RJZ9

​And another tweet, also attributed to Khogali, features the following sentence: "Plz Allah give me the strength to not cuss/kill these men and white folks out here today."

​Many social media users did not seem to be particularly thrilled with these statements, mocking the posts' wording and even comparing the former post to a work of "a 19th Century racial eugenicist".

I love the fact that it reads like a 19th Century racial eugenicist. Even the "x" in humxn sort of gives it the feel of having an archaic typographic style.

I assume the x in humxn is to avoid accidently writing the word "man"?

F🤬ck me that's a lot of #sciencewoowoo going on in there (amongst the general racism and illiteracy)... pic.twitter.com/QJQOBb35aY