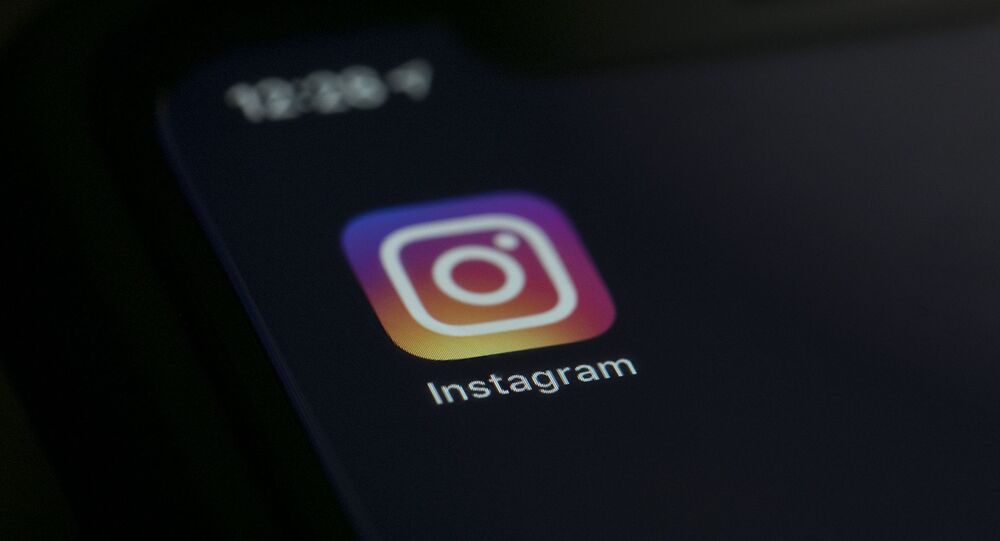 Social media apps became prominent “speak-up” platforms for so-called social justice warriors in the wake of the Black Lives Matter protests that swept the world following the death of George Floyd this May.

Instagram has a “mute white people” button in stories 🤔 pic.twitter.com/GBDwqxqRAb

Definitely does, seems to be pulling from @GIPHY. What a disgrace. pic.twitter.com/9LJKQPG1G1

​The “unbothered” sticker featuring a megaphone with the words “mute white people” was available through Instagram stories as an option, but has allegedly been pulled from the platform since then.

They pulled it last night. pic.twitter.com/ZzGJJJH690

​It still can be easily found on the GIPHY website to which it was first uploaded by Refinery29, an outlet targeting a female audience, according to the Washington Examiner. The account also created similarly-fashioned stickers such as “Pay Black Women”, “Erasure”, “Defund the Police”, “Reparations$$$” and others that were made available on Instagram.

According to GIPHY’s website, it ensures that uploaded stickers “will always be fun and safe no matter where you see them, we have an enhanced moderation process for approving stickers into our library”.

“This is a permanent part of our moderation process and may impact the turnaround time for uploaded content to appear within the Sticker API (which powers partners such as Instagram)”, it states.

Some would argue that the website’s moderation process has failed, as the discovery of the GIF, described by Pavlich as a “mute white people button”, provoked a storm on Twitter. Many called the image an “unacceptable” expression of “racism” and questioned why Instagram initially allowed it to be available through its sticker pack.

“Okay, now they have crossed all possible limits. This is pure Nazism. I, as a white woman, will not accept being persecuted and taking my family hostage. If true i will be the first to exclude and report Instagram”, one social media user commented on the news.

“So racism is okay again?”, another person wondered.

@instagram this is unacceptable!! If you wouldn’t say mute any other race you shouldn’t allow this. This causes more divide. We ALL have the same rights in this country. Please remove this immediately

As a white male I’ve felt some angst for about 50 years for being a male AND white. Society being strongly anti white male has been mainstream for the last decade or so and now is totally out of control for both male and female white people.

wouldn't they just unfollow the white ppl they don't like

The subsequent petition to remove the sticker from Instagram and other social media platforms, was then created on the Change.org website.

The development comes in a wake of Black Lives Matter protests which have been sweeping the world following the death of African-American George Floyd in Minneapolis at the end of May. The campaign behind BLM highlights alleged instances of police brutality across the United States and the world, as well as an attempt to give a wider platforms to “marginalized” voices of people of colour.