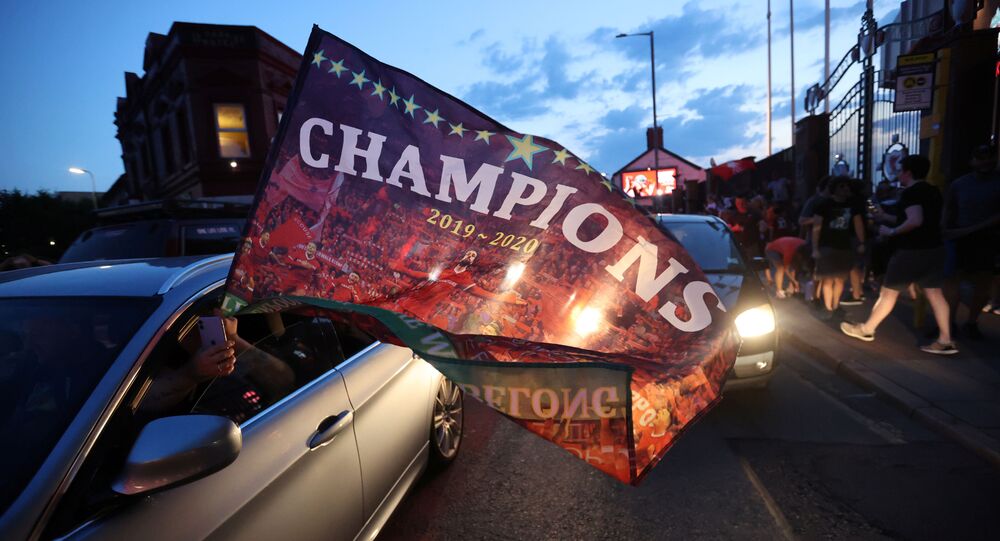 Jubilant Liverpool fans celebrated their Premier League triumph until the early hours on Friday, with Jurgen Klopp almost breaking into tears praising his team’s EPL win - their first in thirty years, and historic in his currently less than five-year stint as Liverpool coach.

There were, expectedly, those partying really hard, with one even falling off the top of a ladder while striving to plant a "Liverpool Champions" flag.

A video has made the rounds on social media sporting a mankini-clad man scaling a set of ladders leaning against a street lamp to a rendition of Queen’s “We Are the Champions” before abruptly falling backward onto the ground, to the audible horror of nearby onlookers.

Netizens have filled in comment threads asking about his health, suggesting the party had perhaps gone a little too far.

Merseyside police confirmed in a statement they had made 10 arrests for public order offences during the celebrations. Fans were meanwhile alerted to the still applicable rules on social distancing, as football resumed in Britain after an almost three-month lockdown.

Liverpool Boss Jurgen Klopp in Tears as He Dedicates His Club’s EPL Title to Dalglish, Gerrard