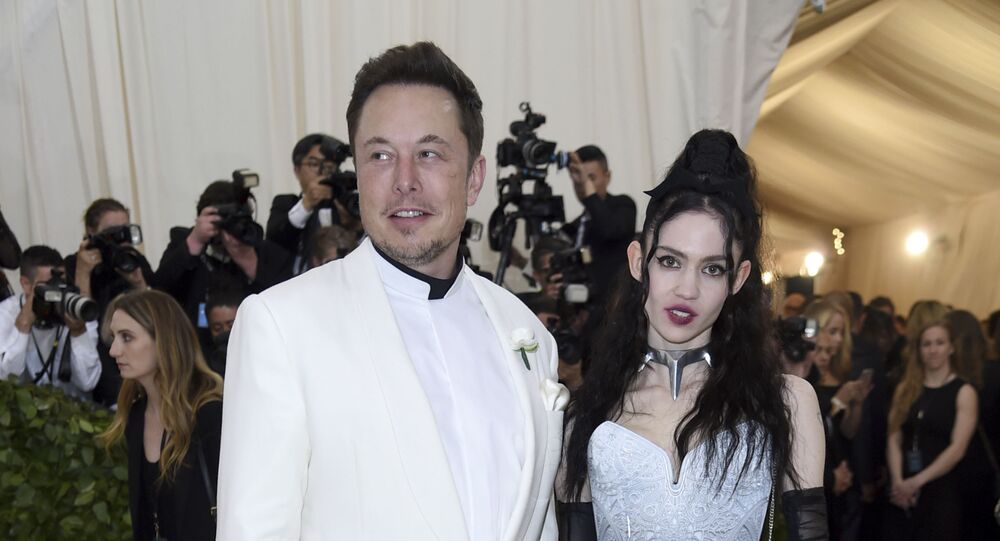 Elon Musk and Grimes had their newborn baby on Monday the 4th, the unofficial Star Wars Day (May the Fourth Be With You!), and shared the news via social media, sparking waves of excitement and warm congratulations from netizens.

Netizens craved to know the newborn baby's name and have gotten possibly more than they anticipated. The Tesla billionaire revealed the name in his Twitter account - X Æ A-12 - leaving people pondering how to pronounce it, memeing around and exercising in cryptography before the meaning was revealed.

Grimes explained the meaning behind the name, where X goes for the unknown variable, Æ is for her elven spelling of Ai (love &/or Artificial intelligence). The A-12 is a precursor to SR-17, which is the couple's favourite aircraft - as Grimes herself described it, "no weapons, no defenses, just speed. Great in battle, but non-violent". She finalized the explanation with the notion that the "A" in the name also represents "Archangel" — which she said is her "favorite song" — while the number "12" stood for the Chinese zodiac sign of the rat.

•X, the unknown variable ⚔️
•Æ, my elven spelling of Ai (love &/or Artificial intelligence)
•A-12 = precursor to SR-17 (our favorite aircraft). No weapons, no defenses, just speed. Great in battle, but non-violent 🤍
+
(A=Archangel, my favorite song)
(⚔️🐁 metal rat)

​​Netizens boosted their imagination before they knew the meaning and pictured the school situation for the baby.

​Hardly anyone has come up with how to properly pronounce the name.

my brain trying to pronounce that pic.twitter.com/Jk2oL8Pj9S

Exactly how it's spelled.

But pronounced “Musk” because the X Æ A-12 is silent.

me: how do u pronounce that?

Some people came up with their ideas on how the name emerged.

when people want to know the name of the kid but you haven't registered all the account names and domains yet pic.twitter.com/MY134sft2w

​Elon Musk is known to have six kids now, but maybe we just do not know the truth.

bold of you to assume he's counting up

​However, while some were joking, other people took it seriously and suggested their own ways to decipher the name.

I decided your rebus. His name is Neal.
In Norwegian from Æ, only E is heard, L is the 12th letter of the English alphabet. And since the name is written as Neal, we find X, the letter N.

How Do You Like That? Elon Musk Shares Photo of His Newborn Baby