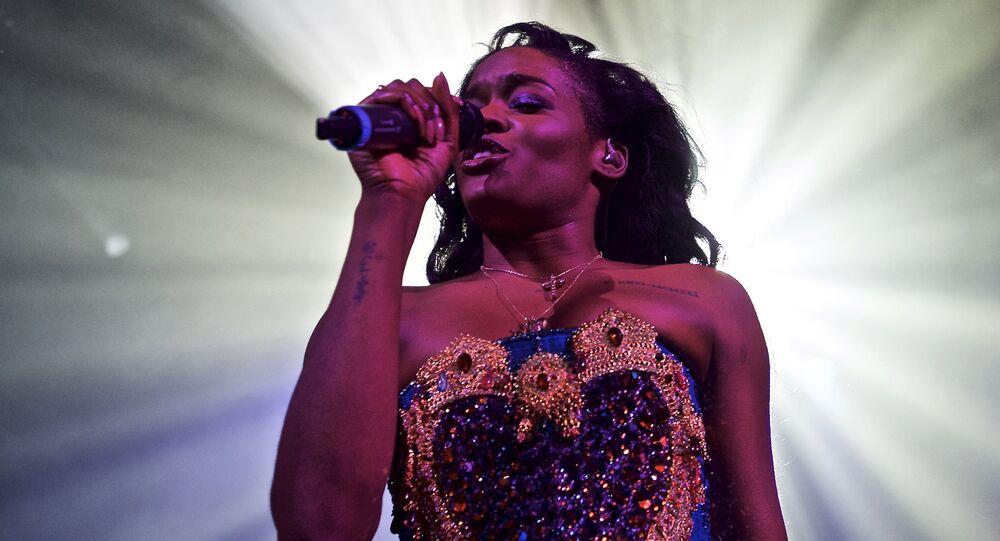 The singer’s remarks frequently land her in hot water. After visiting Russia last august, Banks said she wanted to make a T-shirt with a Russian word used to insult people from the Caucasus. That same year, the rapper called Irish women "f**king ugly*" after she had an incident during a flight to the Republic of Ireland.

US rapper Azealia Banks has trashed Russian cuisine, calling it the "most barbaric peasant food". In her Twitter post, the 28-year-old wrote: "Please go eat some deer cheeks and beets and go wash your a** in the town well".

At the same time, the singer noted that she likes Russia’s blini (crepes), honey cake "medovik", and smoked fish, pickles, and caviar, which are central to Russian cuisine. Banks also boasted of her culinary skills, saying she would cook Russian dishes better than the Russians themselves.

I make better blinis than your grandma and harvest my own caviar from my aqua-cooch. Don’t play we can battle lol

We can't say for sure how good the singer's blinis and Olivier salad are, but her chicken with rice looks... strange.

​Social media users from Russia were baffled by the way Banks described the country's cuisine. Some noted that the dishes she mentioned have nothing to do with real Russian cooking.

Your representations of russian food are so american lol. Usually we eat iced vodka and than drink vodka with our hand bears whom we have as pets, and than that bears give us a concert in ushanka with balalaika😉

Where did you find such dishes? :) Beets are only added to some dishes - to salad or soup. Reindeer cheeks ... this is generally something unusual. I’ve never heard of such a thing. Perhaps this is popular with the northern peoples or in some special restaurants.

​Other netizens mentioned dishes that the singer needs to try in order to understand Russian cuisine.

LOL!!!!! :))))
The problem that you don't know nothing about real Russian kitchen, baby :))) pic.twitter.com/OTnGGELynk

that was too damn toxic and shabby, azealia.

How dare you say that things? If you have bad experience, it doesn't mean that all our food is bad. And what is that? You think we are savages and live like pigs? We have water in our houses too, you know?

​Still others made fun of her statement.

Last night I boiled this stone in a pot of hot water.
It was delicious. pic.twitter.com/Gq5REz3oWU

They have already left for you 😂👏 pic.twitter.com/3OyZuMkoDR