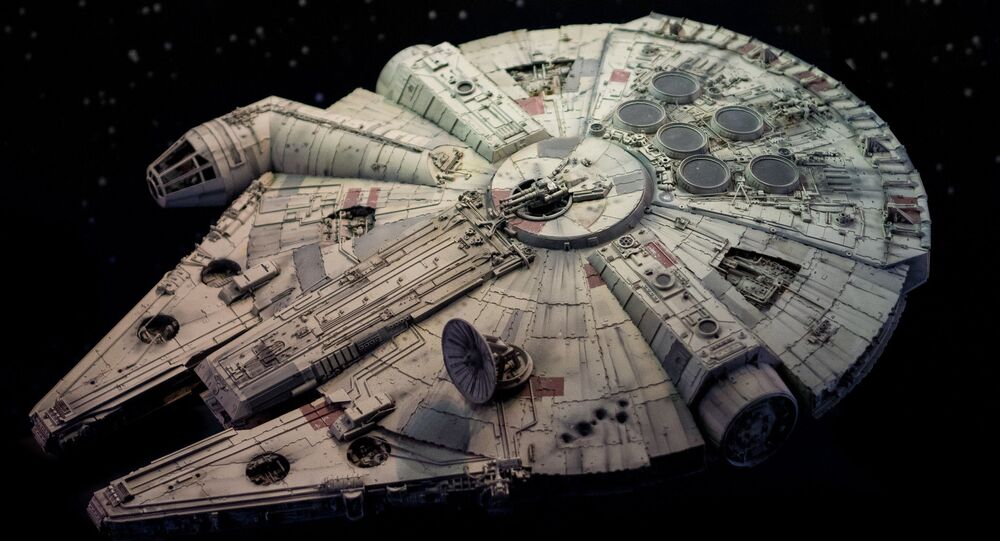 A bizarre image was noticed recently by an internet user who was studying the live feed on the ISS.

In the footage, a cloud seemed to form a perfect circle with a raised section in the middle. YouTube conspiracy theorist MrMBB333 was quick to share the video on his channel on 17 April, remarking that the cloud bore a stunning similarity to the Millennium Falcon - the iconic craft from the “Star Wars” franchise.

“Off the West coast of Africa, we’ve got a large, what looks like, a Millennium Falcon… The outline of that cloud is not random, the rest of the clouds around it look random but that looks like a version of the Millennium Falcon,” says the conspiracy theorist in his audio commentary to the repost of the footage, adding that many people notice extraordinary things from the ISS live camera.

Viewers, who rushed in to offer their comments, similarly picked up on the resemblance of the eerie cloud to the Millennium Falcon.

However, as their imaginations ran wild, some suggested the shape was more like that of the famous USS Enterprise from the science fiction television series Star Trek.

“We think it looks more like the Enterprise because it's smooth. The Millennium Falcon had more detail,” wrote a YuoTube user.

Others picked up on the cloud’s similarity to the craft from the Hollywood blockbuster “Independence Day”.

“Looking at ISS. As ISS is looking at it.”

Since it was posted the video has since been viewed over 46,000 times.