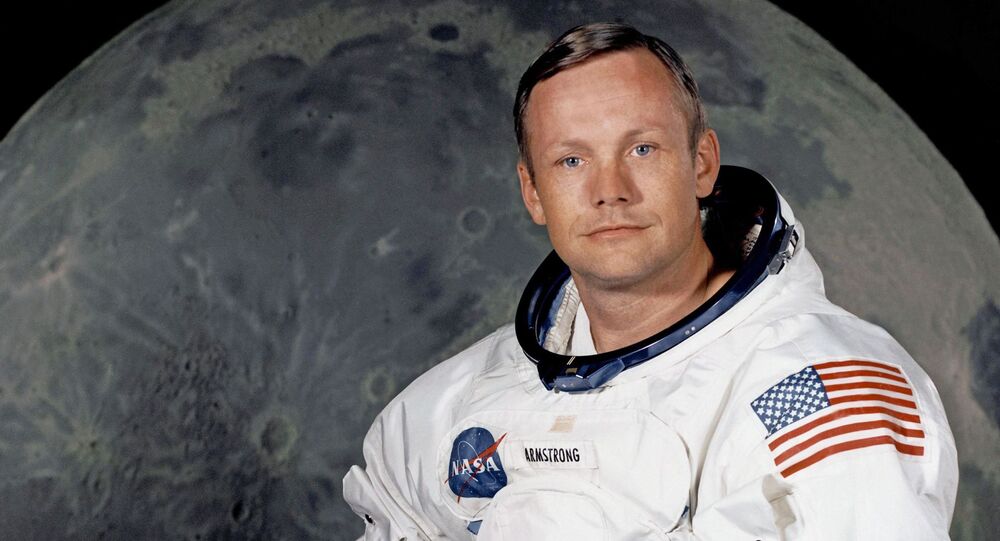 As social media users went to dissect Neil Armstrong's speech in their pursuit of hidden truths, one can only wonder whether their findings were anything more than yet another batch of conspiracy theories related to NASA's lunar missions.

Even though Neil Armstrong, the American astronaut who became the first man to set foot on the surface of the Moon, passed away in 2012, a certain speech of his has continued to attract the interest of conspiracy theorists years after his demise, according to the Daily Express.

The speech in question was delivered by Armstrong during a ceremony at the White House, held on the 25th anniversary of the Apollo 11 mission, back in 1994.

And as the legendary astronaut spoke about the future of the space exploration, he dropped what the newspaper described as a "bizarre remark".

"We leave you much that is undone. There are great ideas undiscovered, breakthroughs available to those that can remove one of truth’s protective layers", he said. "There are places to go beyond belief. Those challenges are yours in many fields of not the least is space, because there lies human destiny."

Armstrong's choice of words has attracted the attention of quite a few netizens, some of whom wondered aloud whether he wanted to say something about the moon landings.

"He never says the word "MOON" once during his speech... Hmmm", one YouTube user pondered.

"'We leave you much that is undone' (Like getting man to the moon)", added another.

"Poor sod having to lie through his teeth all his life, I'll give him credit for that", quipped the third.

Yet another netizen claimed that Armstrong might've been a "good candidate for CIA assassination", as "from his remarks here and at other times he is seen as very nervous".

And there were also those who turned their attention to other parts of Armstrong's speech – namely, him quoting Wilbur Wright who "once noted that the only bird that could talk was the parrot, and he didn’t fly very well".

"(I'm just parroting back information I'm being told to say), and then he looks back at the President and says don't worry, I won't talk very long!" one concerned netizen mused. "Also the cryptic comments at the end about "removing one of truth's protective layers," does this sound like a man who walked on the moon or who is barely keeping it together?"

All in all, however, one can only wonder whether it was something more than yet another batch of conspiracy theories related to NASA's lunar missions.