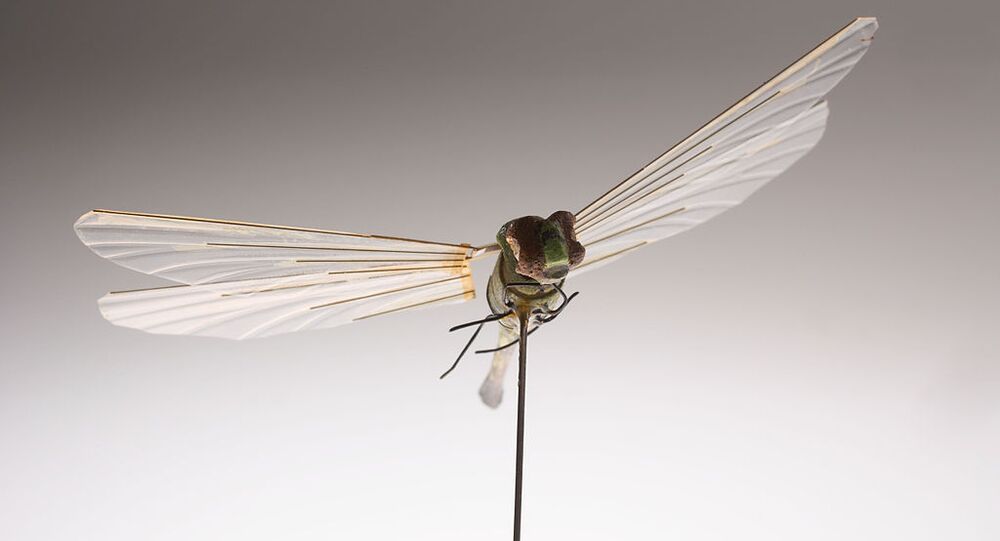 The papers also revealed that the agency worked on an Ornithopter, a mechanical remote-controlled bird and project the Tacana. The latter used homing pigeons to fly to specific targets and take pictures via a miniature camera that was attached to the birds.

Declassified CIA documents have revealed why the intelligence agency never used the Insectothopter spy gadget developed in the 1970s. The tiny robot did well in laboratory tests, but failed in real life conditions. The CIA previously released a video showing the device in action, but it has never released the corresponding documents.

By 1970 the intelligence agency had developed a miniature listening system, but getting this system close to people they were interested in was a challenge. That is when CIA officers came up with the concept of the Insectothopter. Initially, the choice fell on a bumblebee or rather a mechanical bumblebee. But soon the idea was dropped because a bumblebee’s wing was "much too high and the stability, guidance and control seemed impossible".

Following this they consulted with scientists, who told them that the dragonfly was a perfect choice. After the prototype was built by a watchmaker the spy agency ran several tests, which the Insectothopter apparently passed with flying colours.

"The mechanical version flapped and sounded like the real thing. Detection is improbable at distances larger than several feet as being anything other than an insect from both acoustic and visual observations. Technically, the project must be evaluated as excellent", read the documents.

The robotic dragonfly was controlled via two lasers, one was used to steer the miniature drone, while the other was used to control power.

However, the Insectothopter was never used. The robotic dragonfly flew perfectly during indoors, but was susceptible to crosswinds, making it difficult to control.