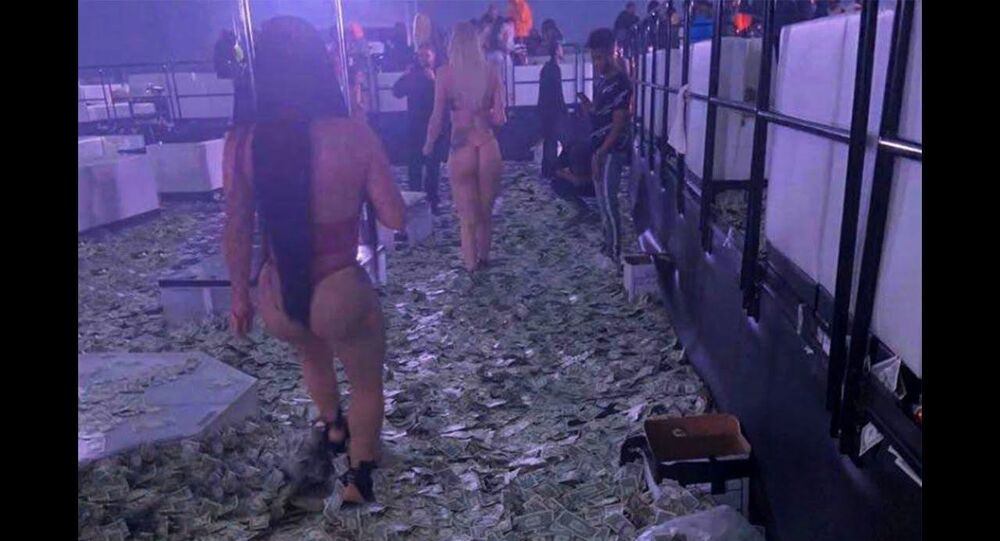 Miami Strippers Got Showered With Cash on Super Bowl Weekend, Reportedly Didn’t Get to Keep It

Along with getting paid an amount they didn’t seem impressed with, the dancers also had to pay an entry fee for the privilege of performing at the club during the Super Bowl revels.

While the recent Super Bowl game has apparently been a cause for celebration for quite a few Americans, the exotic dancers who performed on that day at a certain Miami club seemed to have gotten the short end of the stick.

According to Barstool Sports, even though the girls apparently had a pretty hefty amount of money thrown at them during the Super Bowl weekend, with some strippers seen “walking through piles of money”, they seemed to be unable to keep it due to their contract.

This photo from a Miami strip club during Super Bowl weekend is insane 🤯 pic.twitter.com/KEavJSfouy

​Citing an online conversation between the two dancers, the media outlet revealed that while the ladies performed under the promise that there will be about a million dollars thrown around, they were first told that only $360,000 was thrown, and even that amount then dwindled to $177,000 when the money was counted.

"And then they told us get a hour (sic!) lunch break while they were counting. They tried to send us home with $300 after the split but we paid $350 to dance", one of the girls reportedly wrote. "So everyone raised hell and we got $1,100 each. After being forced to be there for 15 hours".

Some girls seemed rather upset with this development, with videos of strippers complaining or attempting to sneak money out of the club emerging online.

Bih tried to sneak out the QC #StripperBowl in #Miami with a coach bag full of ones🤣😭🤣😭 pic.twitter.com/0rpbeTDAIe

A lot of dancers were not happy with QC’s #StripperBowl 😳😳😳 pic.twitter.com/ltvvhIDaL5

The media outlet also added that the dancers apparently had to pay for their own flights and hotels, along with the aforementioned entry fee, thus making their profits even slimmer.

BROOOO every stripper who danced at the stripper bowl last night got GOT... they only walked with 1k each 👀 but there was a million in ones on the floor. Oh yea they each paid for their own flights, hotels AND a $350 payout for being there. #StripperBowl pic.twitter.com/0pmgifDQon