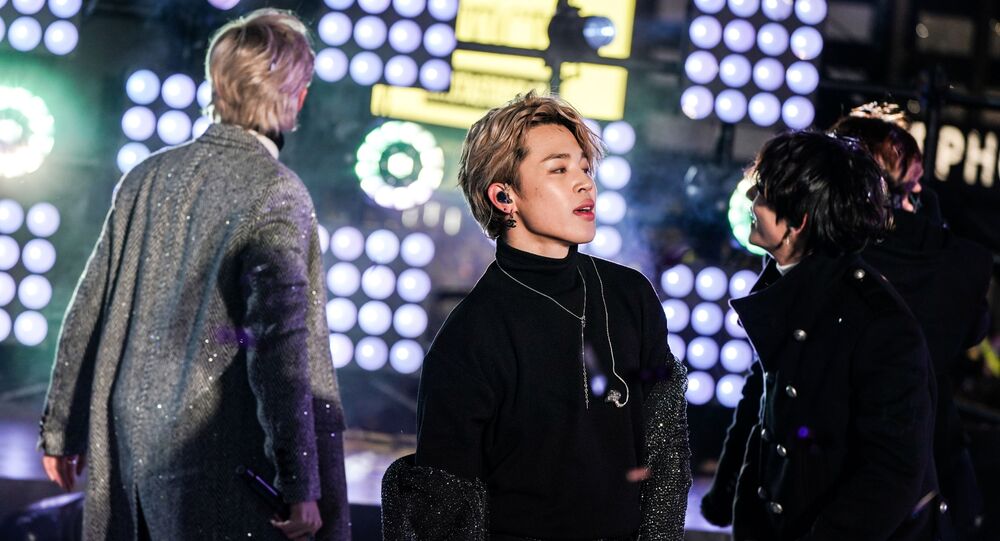 The British man rose to fame as a fan who spent hundreds of thousands of dollars on surgeries to look like his favourite K-pop artist.

Oli London, well-known to K-pop fans for his passion for BTS' main dancer, has married a Jimin cardboard cutout in Las Vegas, the Daily Mail reported on 8 January. All the attributes of a true Las Vegas wedding were there: Elvis, a pink Cadillac, a certificate, and dinner at the famous Bellagio Hotel Las Vegas with champagne and cake. The wedding ceremony was also attended by Oli's best friend, Frenchy Morgan, who is famous for her love of plastic surgery as well as the Brit himself. He has spent between $100,000 and $150,000, according to various reports, to look like his favourite singer, Jimin.

Fans of the K-pop phenomenon BTS - Armies - however, seemed less than excited at Oli's move, as most of them blasted the man on social networks for crossing the line with his fans feelings.

why is oli london being tolerated and brushed off as a joke? this man married a jimin cardboard cutout, it may seem funny but it’s so obsessive and unsettling. @OliLondonTV stop this bullshit and get help what the fuck is wrong with you...

Somebody needs to lock oli london's creepy ass tf up it's not even a joke anymore he's just a creep and if Jimin EVER saw any of the things that man did I know he'd feel uncomfortable...he literally married a cardboard cutout of jm AND got tons of plastic surgery to look like him

This fake ass bitch @OliLondonTV married a cardboard cutout if JIMIN. Can you get creepier? Shame on you to call yourself an army. Ew I hope Jimin never gets to know about you🤢

So your telling me oli London ACTUALLY got married to a cardboard... i swear this giys just doing it for clout or he’s actually mentally insane🤦🏻‍♀️ either way he needs help https://t.co/B3aAIQGIyM