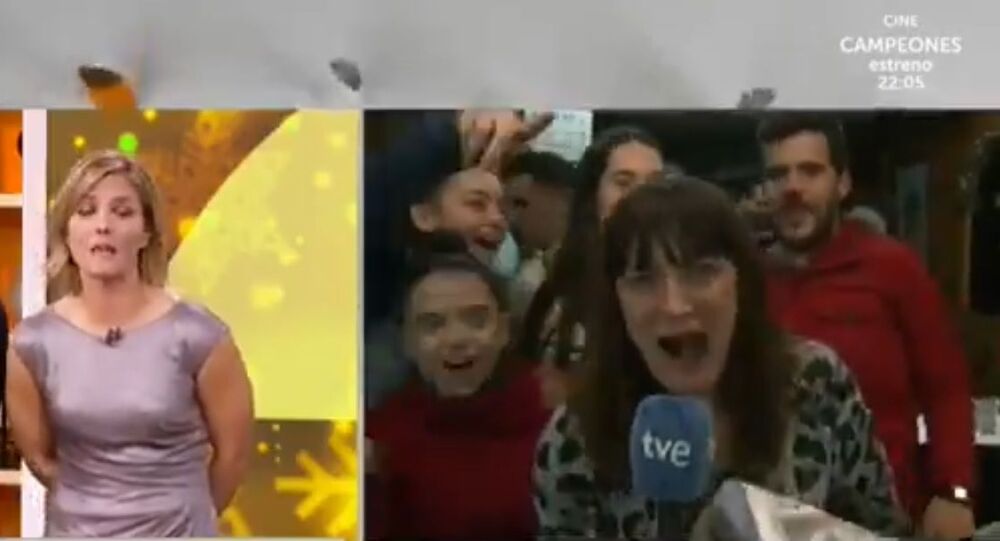 A Spanish TV reporter informed her colleagues on the air that she would not be back at work the next day as she celebrated a lottery win – yet immediately got frustrated as she found out it was just a fraction of the jackpot.

Natalia Escudero, who works for public broadcaster RTVE, started screaming on camera - before later learning she had won just €5,000 ($5,550). It was a small sum compared to the Christmas lottery's top prize of €4m.

Escudero later apologised over the way she reacted during the broadcast. She said she regretted behaving in such an "emotional" manner and wanted to explain her actions to viewers who "felt cheated." Clutching a winning ticket in the lottery known as El Gordo (The Fat One), she announced she was “not coming to work tomorrow!”

Responding to criticism on Twitter, Escudero said she had recently had a "difficult" few months "for personal reasons", but that - in her 25 years working as a professional journalist - she continued to have a "clear conscience" and was proud of her "rigorous and proven work."

"It is sad that Natalia Escudero is today [known as] the manipulative and lying journalist from RTVE," she tweeted.

She apologised for any confusion caused, as many viewers had criticized her for having a “lack of professionalism,” but said she was being honest about taking time off because she was “going on holiday.”

Unraveling the Multiverse: Did We Win the Cosmic Lottery?

Lotteries Are Really a ‘Disguised’ Form of Taxation - Professor