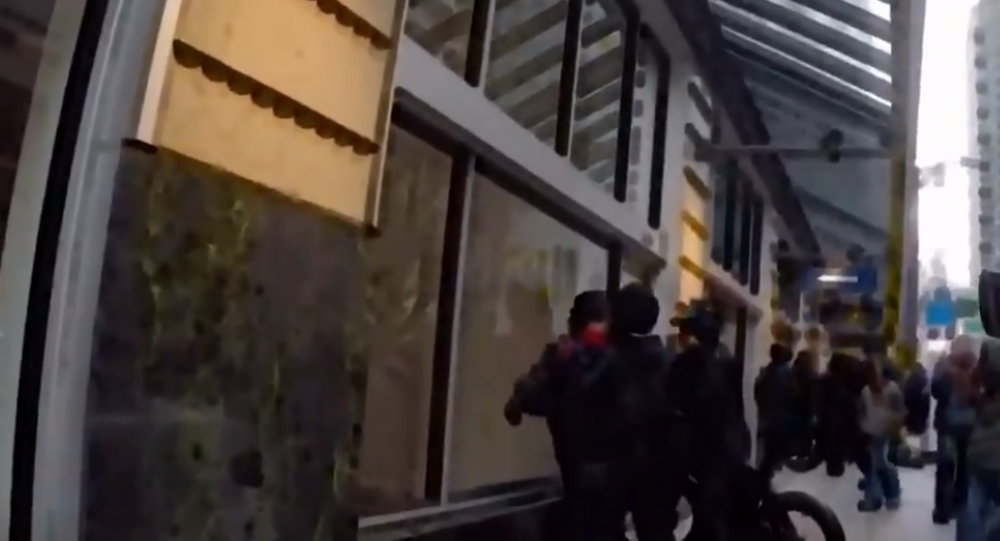 In one of the videos, which was shared widely on Twitter, an unidentified officer can be seen tripping over his bike and then violently charging toward and attacking a protester at the December 7 “Mega MAGA” march in Seattle, Washington. Other police officers join the confrontation, attacking the protester for no clear reason. The video was shared by a Twitter user who said the officer tripped over his own bike and then used that “as an excuse to violently attack and arrest a protester 10 feet away from him who was moving backwards” and “obeying orders.”

​In a statement to the Seattle Times, SPD Sergeant Sean Whitcomb said that he believes the protester in the video “had engaged in illegal conduct” that was “not shown in the video.”

In a second video, also taken at the “Mega MAGA” march, an officer appears to ride his bike into a protester on the sidewalk before violently pushing him against a shop front. The officer can be heard telling the protester that he is under arrest in the video. Bystander Jerry Savage, who captured the incident on video, told the Daily Beast that he “saw nothing at all that the man did to justify the arrest.”

​Following widespread condemnation of the violence exhibited by the officers in the videos, Seattle’s Office of Police Accountability has opened an investigation. In addition, Seattle Police Chief Carmen Best confirmed that the department is “aware of community concerns regarding arrests during a demonstration.”

​“I look forward to the conclusion of their investigation,” she added. “As always, we remain committed to constitutional policing, supporting First Amendment rights for all.”

This is not the first time that anti-Trump protesters have faced violence during demonstrations.